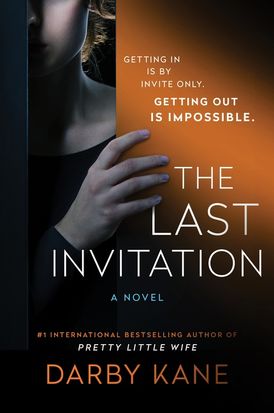 Darby Kane, the author of the critically acclaimed and #1 International Bestseller Pretty Little Wife, has crafted another gripping and twisty suspense about an invitation to an exclusive club that comes with deadly consequences.

They meet the second Tuesday of every month and vote…and then someone dies.

Over the last few years, prominent people—a retired diplomat, beloved basketball coach, the CEO of an empire—have died in a series of fluke accidents and shocking suicides. There’s no apparent connection, no signs of foul play. Behind it all is a powerful group of women, the Sophie Foundation, who meet over wine and cheese to review files of men who behave very, very badly, and then mete out justice.

Jessa Hall jumped at the mysterious, exclusive invitation to this secret club. The invite comes when she’s at her lowest, aching for a way to take back control. After years of fighting and scratching to get ahead, she’s ready for a chance to make the “bad guys” lose. Jessa soon realizes, though, just how far she’s willing to go and how dangerous this game has become.

Once in the group, it’s impossible to get out. She has nowhere to turn except former friend Gabby Fielding who is investigating the mysterious death of her ex-husband. Aligned in their goal to take down the Foundation, Gabby and Jessa need each other but working together doesn’t mean they trust each other…or that either will survive to tell the truth.

The Last Invitation is packed with all the must-haves for a relentless, intricately woven thriller—a secret society, the past coming to haunt the present, and a surprise villain. A tale of old friendships, secrets, and revenge, Kane reminds you once again to keep your friends close and your enemies closer. — Jaime Lynn Hendricks, bestselling author of Finding Tessa and It Could Be Anyone

"Darby Kane deserves credit for dispensing with anything resembling a slow burn in The Replacement Wife. There is a rollicking, almost absurdist tone to Kane’s writing that kept me engaged…Finally, after several doses of sociopathy, more than a little gaslighting and arguments galore, nearly all of Elisa’s suspicions are confirmed in the worst possible way. 'Nearly' saves room for a final surprise I didn’t foresee." — New York Times Book Review

"Kane delivers another fast-paced domestic thriller that’s sure to please fans of psychological suspense and family drama." — Library Journal on The Replacement Wife

“This twisted thriller’s got serious Gone Girl vibes. As in, the main character is deeply flawed, you won’t always know what’s real, and you won’t be able to put it down.”  — The Skimm on Pretty Little Wife

“I love it when I find a thriller so fun I can’t put it down, like this one from Darby Kane.” — Taylor Jenkins Reid, New York Times bestselling author on Pretty Little Wife

Pretty Little Wife is domestic suspense at its best, with a chilling premise that keeps you guessing to the last page. Add Darby Kane to your must-read list! — New York Times bestselling author, Wendy Corsi Staub on Pretty Little Wife

“I devoured it in two days. This is the type of thriller I love the most: A taut domestic suspense with just a shade of police procedural woven in.” — Julie Clark, New York Times bestselling author on Pretty Little Wife

"Intriguing...Kane is off to a promising start." — Publishers Weekly on Pretty Little Wife

“Pretty Little Wife explores the consequences of unacknowledged trauma and dares to ask whether murder is ever justified. It’s an exciting departure for HelenKay Dimon, the bestselling romance author for whom Darby Kane is a pseudonym. There’s certainly no guarantee of a happily ever after, though there is hope for hard-won redemption.” — BookPage on Pretty Little Wife

“This is a crazy ride of a book that will leave readers speechless as they wonder if Lila will get away with it and just where Aaron went. Bravo to Kane!” — The Parkerburg News and Sentinel on Pretty Little Wife

“Even after we’ve read the last page, Kane leaves us with some lingering questions about how much Lila knew and when she knew it. Good writing and a plot that drives the action and builds the suspense make Pretty Little Wife an excellent choice for fans of murder mysteries.” — Book Reporter on Pretty Little Wife

"I devoured The Replacement Wife. I absolutely loved every minute of this wild ride. I’m left in awe of Kane’s ability to suck readers in from page one. I could not stop turning the pages. Every reveal rocketed up the tension…so well-done and gave me that precious can’t-wait-until-I-can-go-back-to-my-book feeling. Fast-paced and super addictive!" — Ashley Winstead, author of In My Dreams I Hold a Knife on The Replacement Wife

“[An] engrossing psychological thriller. Kane (Pretty Little Wife) doubles up the action with two unreliable characters caught up in gaslighting, family secrets and betrayal.” — Shelf Awareness on The Replacement Wife

"Darby Kane’s THE LAST INVITATION is not only a thriller that will keep you up late, turning pages and questioning every character, it’s also timely in a way the world needs right now, addressing domestic violence and womens rights. We already knew Kane could write a twisty thriller—now we know she can do so while confronting injustices in the world. If you want a thriller that will keep your toes and makes you think, The Last Invitation is what you’ve been waiting for."  — Jessica Payne, author of Make Me Disappear and The Lucky One 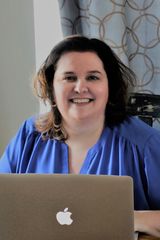 Darby Kane is a former trial attorney and #1 international bestseller of domestic suspense. Her debut book, PRETTY LITTLE WIFE, was featured in numerous venues, including Cosmopolitan, The Washington Post, The Toronto Star, Popsugar, Refinery29, Goodreads, The Skimm, and Huffington Post. A native of Pennsylvania, Darby now lives in California and runs from the cold. When she’s not writing suspense, she can be found watching suspense, thrillers, and mysteries. You can find out more at darbykane.com.

Other Works by Darby Kane