Everything the Light Touches 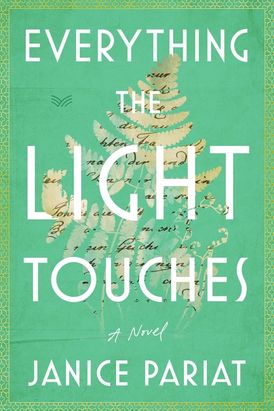 Everything the Light Touches

“Wise, funny, touching, wide-ranging, deep-delving; whip-smart dialogue and graceful, paced sentences, thousands upon thousands of them. Written by a novelist with the eye of a poet, and a poet with the narrative powers of a novelist, this is a book that needed to be written, that tells true things, and is entirely its own being."—Robert Macfarlane, author of The Lost Words and Underland

One of the most acclaimed and revered writers of her generation returns with her most ambitious novel yet—an elegant, multi-layered work, rich in imagination and exquisitely told, that interweaves a quartet of journeys across continents and centuries.

As emotionally resonant as Kiran Desai's The Inheritance of Loss, as inspired as Anthony Doerr's Cloud Cuckoo Land, as inventive as Louisa Hall's Speak, and as visionary as David Mitchell's Cloud Atlas, Everything the Light Touches is Janice Pariat's magnificent epic of travelers, of discovery, of time, of science, of human connection, and of the impermanent nature of the universe and life itself—a bold and brilliant saga that unfolds through the adventures and experiences of four intriguing characters.

Shai is a young woman in modern India. Lost and drifting, she travels to her country's Northeast and rediscovers, through her encounters with indigenous communities, ways of being that realign and renew her.

Evelyn is a student of science in Edwardian England. Inspired by Goethe's botanical writings, she leaves Cambridge on a quest to wander the sacred forests of the Lower Himalayas.

Linnaeus, a botanist and taxonomist who famously declared “God creates; Linnaeus organizes," sets off on an expedition to an unfamiliar world, the far reaches of Lapland in 1732.

Goethe is a philosopher, writer, and one of the greatest minds of his age. While traveling through Italy in the 1780s, he formulates his ideas for “The Metamorphosis of Plants," a little-known, revelatory text that challenges humankind's propensity to reduce plants—and the world—into immutable parts.

Drawn richly from scientific and botanical ideas, Everything the Light Touches is a swirl of ever-expanding themes: the contrasts between modern India and its colonial past, urban and rural life, capitalism and centuries-old traditions of generosity and gratitude, script and “song and stone." Pulsating at its center is the dichotomy between different ways of seeing, those that fix and categorize and those that free and unify. Pariat questions the imposition of fixity—of our obsession to place permanence on plants, people, stories, knowledge, land—where there is only movement, fluidity, and constant transformation. “To be still," says a character in the book, “is to be without life."

Everything the Light Touches brings together, with startling and playful novelty, people and places that seem, at first, removed from each other in time and place. Yet as it artfully reveals, all is resonance; all is connection.

"A novel like none other: Janice Pariat brings vividly to life a conception of plants as beings endowed with a powerful inner vitality." — Amitav Ghosh, author of Gun Island

"Janice Pariat traverses the inherent dignity of life in all its forms and the conflict between doing and being that is alive in all of us. Timely and timeless—a masterpiece and an absolute thrill to read." — Avni Doshi, author of the 2020 Booker Prize-shortlisted Burnt Sugar

"Wise, funny, touching, wide-ranging, deep-delving; whip-smart dialogue and graceful, paced sentences, thousands upon thousands of them. Written by a novelist with the eye of a poet, and a poet with the narrative powers of a novelist, this is a book that needed to be written, that tells true things, and is entirely its own being." — Robert Macfarlane, author of The Lost Words and Underland

"A novel of great charm, curiosity and adventure—a passionate call for shaking up the certainties of science and history so as to heed the intuitions and instincts that perhaps only fiction can give voice to." — Anjum Hasan, author of A Day in the Life: Stories

"Ingenious in its nested structure, treading lightly across centuries and species, Everything the Light Touches tackles every subject from the humble leaf to the mighty empire—then proceeds to ask, with Pariat’s characteristic wit, if we perhaps haven’t got that last bit backwards. An elegant, passionate book (which doubles as a warning) about the impossibility of understanding a single thing about the world without first acknowledging the wonder and mystery inherent in all that surrounds us." — Madhuri Vijay, author of The Far Field

"Capacious and wise, Everything The Light Touches is a magnificent reminder that the natural world does not lie outside of ourselves, and that when we break trust with the earth, we break our own spirits into scattered fragments. Janice Pariat finds a new language of connection, wonder, and loss, for the songs of the earth from Lapland and Goethe’s Europe to the Lower Himalayas and remote villages in India's Northeast, her stories dancing between centuries in this generous and intricate work." — Nilanjana S. Roy, author of The Wildings

"Everything the Light Touches weaves the timelessness of nature and the urgency of human emotions into an elegiac tale that is evocative, intelligent and deeply thought-provoking. A seminal work by a novelist and a poet at the height of her powers." — Pranay Lal, author of Indica: A Deep Natural History of the Indian Subcontinent

Written with a curiosity that jumps across geographies, time, discourses and disciplines, Everything the Light Touches is a gift to those who question the forms and preoccupations of the modern novel. — Shubhangi Swarup, author of Latitudes of Longing 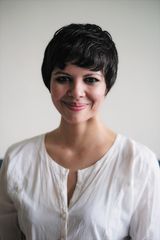 Janice Pariat is the author of the novel Seahorse, the bestselling novella The Nine-Chambered Heart, and the short story collection Boats on Land. She was awarded the Sahitya Akademi Yuva Puraskar and the Crossword Book Award for Fiction in 2013. Her art reviews, book reviews, fiction, and poetry has featured in a wide selection of magazines and newspapers across India. In 2014, she was the Charles Wallace Creative Writing Fellow at the University of Kent, UK, and most recently, in 2019, a writer-in-residence at the Toji Cultural Foundation, South Korea. She teaches creative writing and the history of art at Ashoka University and lives in New Delhi, India, with a cat of many names.

Other Works by Janice Pariat