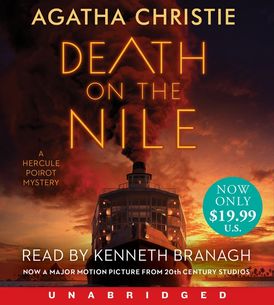 Soon to be a major motion picture sequel to Murder on the Orient Express with a screenplay by Michael Green, directed by and starring Kenneth Branagh alongside Gal Gadot—coming February 11, 2022!

Beloved detective Hercule Poirot embarks on a journey to Egypt in one of Agatha Christie’s most famous mysteries.

A sweeping mystery of love, jealousy, and betrayal, Death on the Nile is one of Christie’s most legendary and timeless works.

“Death on the Nile is perfect.” —The Guardian

“One of her best. . . . First rate entertainment.” —Kirkus Reviews