A Novel of the Cold War 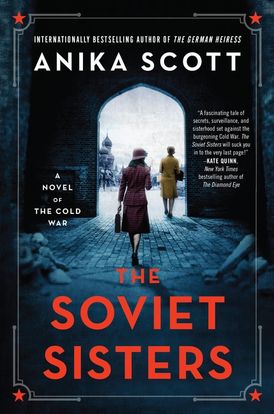 A Novel of the Cold War

From bestselling author of The German Heiress, a gripping new historical novel filled with secrets, lies, and betrayals, following two spy sisters during the Cold War.

"Anika Scott pens a fascinating tale of secrets, surveillance, and sisterhood.... The Soviet Sisters will suck you in to the very last page!" —Kate Quinn, New York Times bestselling author of The Diamond Eye

Sisters Vera and Marya were brought up as good Soviets: obedient despite hardships of poverty and tragedy, committed to communist ideals, and loyal to Stalin. Several years after fighting on the Eastern front, both women find themselves deep in the mire of conflicts shaping a new world order in 1947 Berlin. When Marya, an interpreter, gets entangled in Vera’s cryptic web of deceit and betrayal, she must make desperate choices to survive—and protect those she loves.

Nine years later, Marya is a prisoner in a Siberian work camp when Vera, a doyenne of the KGB, has cause to reopen her case file and investigate the facts behind her sister's conviction all those years ago in Berlin. As Vera retraces the steps that brought them both to that pivotal moment in 1947, she unravels unexpected truths and discoveries that call into question the very history the Soviets were working hard to cover up.

Epic and intimate, layered and complex, The Soviet Sisters is a gripping story of spies, blackmail, and double, triple bluff. With her dexterous plotting and talent for teasing out moral ambiguity, Anika Scott expertly portrays a story about love, conflicting world views, and loyalty and betrayal between sisters.

"Anika Scott pens a fascinating tale of secrets, surveillance, and sisterhood set against the burgeoning Cold War. Two very different sisters come to shattered postwar Berlin—KGB doyenne Vera, fanatically committed to Stalin's vision, and interpreter Marya, embroiled in an affair with a British officer—and are pitted against each other in an espionage plot that will see one sister elevated and the other exiled in disgrace. But who is the real traitor, and who is hiding the biggest secret of all? The Soviet Sisters will suck you in to the very last page!" — Kate Quinn, New York Times bestselling author of The Diamond Eye

“Electrifying, meticulously researched, and expertly plotted, The Soviet Sisters is at once a Cold War thriller, a gripping spy story, a page-turning mystery, and a familial drama.” — Lara Prescott, New York Times bestselling author of The Secrets We Kept

“Scott paints a world of ‘moving shadows and listening ears,’ rife with secrets, spies, and forbidden loves…. Fans of Kate Quinn will be sure to enjoy the strong female characters in this historical-fiction spy novel.” — Booklist

“The Soviet Sisters takes you on a journey of twisting espionage, unexpected betrayal, and the internal war between sisterhood and patriotism. Anika Scott has a gift for weaving incredibly researched historical detail into an emotionally powerful story that left me with tears in my eyes. Historical fiction fans will love this book!” — Madeline Martin, New York Times bestselling author of The Last Bookshop in London

"What a page-turner! The era and setting were very fresh, I learnt so much, and I loved being taken around post-war Berlin. East and West, love and hate—this story gives beautiful insight into the opposites that can make or break a sisters' bond. Compelling."  — Mandy Robotham, USA Today bestselling author of The Berlin Girl and The Girl Behind the Wall

“This is a masterful, brilliantly plotted novel. I was gripped from the first pages, never knowing which of the sisters’ first-person narratives to trust or what would happen next. Cleverly playing on concepts of truth, ideology, and loyalty, the characters in The Soviet Sisters are put to ultimate tests of morality. Immaculately researched and eloquently written, Scott’s novel provides the reader a very clear sense of the tension and political complexity of a tumultuous time. I thoroughly enjoyed it." — Louise Fein, internationally bestselling author of The Hidden Child

“Tantalizing and moving, The Soviet Sisters twists, contorts, and interweaves the lives and betrayals of two sisters forced to pit family and love against duty and truth. Epic in scope, forensic in detail, this is a beguiling and riveting story.” — Georgia Kauffman, bestselling author of The Dressmaker of Paris

“Scott’s magnetic debut follows one woman’s quest for survival amid the devastation of post-WWII Germany… Scott’s narrative is embellished with realistic depictions of rubble-filled German cities, scavenging residents, and moral questions about Clara’s family ties to the Nazi regime. Fans of WWII fiction will be intrigued by Scott’s exploration of how war changes the moral compass of its victims.” — Publishers Weekly

“The kind of novel we need now more than ever...The German Heiress achieves what the best historical fiction can, asking us to see the past, and then pushing us to see ourselves in that past, demanding: Who would you have been then? What would you have done? Unflinching and absorbing, The German Heiress does not let you look away.” — Sarah Blake, New York Times bestselling author of The Postmistress and The Guest Book

“Meticulously researched and plotted like a noir thriller, The German Heiress tells a different story of WWII— of characters grappling with their own guilt and driven by the question of what they could have done to change the past.” — Jessica Shattuck, New York Times bestselling author of The Women in the Castle

“Anika Scott’s epic novel offers a captivating tour through the reckoning years that followed WWII when clarifying identities, unearthing truths, and facing judgements was the only way to rebuild a life. The novel’s heroine, Clara, marches along the razor’s edge between the leviathan of the past and a future full of mine shafts. I will never forget her unending struggle to rise above the dark lineage thrust upon her and her battle to stay connected to the deep binds of love, responsibility, and compassion.” — Devin Murphy, nationally bestselling author of The Boat Runner, on The German Heiress

“Anika Scott’s riveting novel, The German Heiress, compellingly explores the nature of innocence and guilt, and the human desire for redemption. A terrific book with historical detail skillfully woven into the fabric of the story. An absolute must-read for all fans of World War II fiction!” — David Gillham, New York Times bestselling author of City of Women and Annelies

“Crackling with tension and rife with traitors, one thing is clear in post-WWII Berlin: trust no one. With expertise, Anika Scott delves into the complex labyrinth of women and men attempting to break free from the shackles of ideology and rise from the embers of war to build a better future for themselves and the world. The Soviet Sisters is espionage fiction at its finest.”
— Erika Robuck, national bestselling author of Sisters of Night and Fog

“Tantalizing and moving, The Soviet Sisters twists, contorts, and interweaves the lives and betrayals of two sisters forced to pit family and love against duty and truth. Epic in scope, forensic in detail, this is a beguiling and riveting story.”
— Georgia Kauffman, bestselling author of The Dressmaker of Paris

“One sister faces West, with an open mind and an open heart. The other faces East, armed with ambition, ideology, and an agenda. One sister ruthlessly trapped and manipulated by the other. It’s a compelling read, and Anika Scott does a terrific job portraying the war, and the edginess that was post-war Berlin as the Iron Curtain lowered.”
— Mara Timon, author of City of Spies

“Set in a fascinating era of change in post-war Europe, The Soviet Sisters is a thrilling spy novel with many twists and surprises. It is also a beautifully nuanced portrait of sibling love and rivalry.”
— Zoe Somerville, author of The Marsh House

“Beautifully atmospheric—at once an intricate portrayal of the ties that bind, and a tense and timely portrayal of truth.”
— Freya Berry, author of The Dictator’s Wife 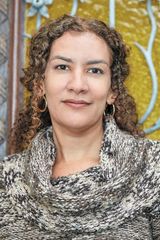 Anika Scott was a journalist at the Philadelphia Inquirer and the Chicago Tribune before moving to Germany, where she currently lives in Essen with her husband and two daughters. She has worked in radio, taught journalism seminars at an eastern German university, and written articles for European and American publications. Originally from Michigan, she grew up in a car industry family. Scott is the author of the internationally bestselling novel The German Heiress.

Other Works by Anika Scott