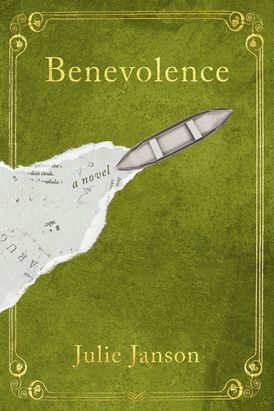 “How good it is to hear a Darug voice speaking of Darug history.”—Kate Grenville, author of The Secret River, winner of the Commonwealth Prize

Blending the mythical power of Téa Obreht and the epic scope of Min Jin Lee, a searing historical novel that tells a story of colonization, survival, and resistance in a way never done before—a beautiful, brilliant, and brutal reimagining of the first contact between Indigenous people and white British settlers and the far-reaching consequences for one Aboriginal girl coming of age in an unsteady and dangerous world.

For all known time, Muraging’s people, the Darug, have lived on this land between the river and the sea. But change comes swiftly in the early years of the nineteenth century when White settlers begin to arrive, laying claim to the continent, long inhabited by Aboriginal tribes like Muraging’s, for the British empire.

At ten years old, Muraging is given over to the Parramatta Native School by her father, where the missionaries call her Mary James, force her to abandon her culture and language, and teach her subjects they believe will save her soul: English, Christianity, and housework. Six years later, seeking a brighter future, Muraging flees the school, embarking on a journey of discovery and a search for a safe place in an unfamiliar and unsteady new world—an odyssey far more winding and treacherous than she ever dreamed.

Spanning two decades, from 1816-1835, and set around the Hawkesbury River area, the home of the Darug people in Parramatta and Sydney, Benevolence sheds light on the heartbreaking violence and erasure of colonization, as well as remarkable survival and resistance—a vivid and compelling portrait of the  Aboriginal Australians whose way of life is forever altered.

Award-winning Australian writer Julie Janson’s draws on historical events to recreate this pivotal time—things that may have happened to her own ancestors—giving voice to an Aboriginal experience of early-settlement in Australia.

"Based on the life of her own great-great-grandmother, Janson’s fictional interpretation of this dark period in Australia’s history... exposes how horrific and harrowing Aboriginal lives were during this time of brutal conquest, attempted cultural obliteration, resistance, and survival." — Booklist

How good it is to hear a Darug voice speaking of Darug history. — Kate Grenville, Award-Winning Author of The Secret River

Julie Janson is a Burruberongal woman of Darug Aboriginal Nation. Her career as a playwright began when she wrote and directed plays in remote Australian Northern Territory Aboriginal communities. She is now a novelist and award-winning poet. She was corecipient of the 2016 Oodgeroo Noonuccal Poetry Prize and winner of the 2019 Judith Wright Poetry Prize. Julie’s novels include The Crocodile Hotel (2015), The Light Horse Ghost (2018), and This River of Bones (2022). She has written and produced plays, including two at Belvoir St Theatre in Sydney NSW, Black Mary and Gunjies Two Plays, published by Aboriginal Studies Press, 1996.

Other Works by Julie Janson