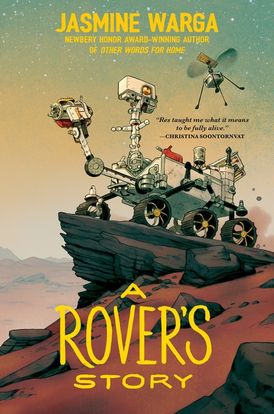 The One and Only Ivan meets The Wild Robot in this unique and deeply moving middle grade novel about the journey of a fictional Mars rover, from the Newbery Honor–winning author of Other Words for Home.

Meet Resilience, a Mars rover determined to live up to his name.

Res was built to explore Mars. He was not built to have human emotions. But as he learns new things from the NASA scientists who assemble him, he begins to develop human-like feelings. Maybe there’s a problem with his programming….

Human emotions or not, launch day comes, and Res blasts off to Mars, accompanied by a friendly drone helicopter named Fly. But Res quickly discovers that Mars is a dangerous place filled with dust storms and giant cliffs. As he navigates Mars’s difficult landscape, Res is tested in ways that go beyond space exploration.

As millions of people back on Earth follow his progress, will Res have the determination, courage—and resilience—to succeed… and survive?

“Warga follows her cybernetic narrator from first awareness to final resting place—and stony indeed will be any readers who remain unmoved by the journey. The intelligences here may be (mostly) artificial, but the feelings are genuine and deep.” — Kirkus Reviews (starred review)

“An endlessly inventive story, replete with gentle humor and playful pondering, offering a unique perspective on everything from music and electronics to loyalty and love. Res is written in a distinct, precise voice and sweetly countered by interspersed letters to the rover from a young girl intimately connected to his being, and both thoughtfully evolve as the years pass. A profound and poignant exploration of the universe both outside and within us all.” — Booklist (starred review)

"As a mechanical engineer and STEM-lover, this beautiful book filled my heart right to the top. Res may be a rover, but he taught me what it means to be fully alive."  — Christina Soontornvat, two-time Newbery Honor recipient 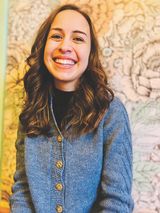 Jasmine Warga's debut middle grade book, Other Words for Home, is a Newbery Honor Book. She is the author of the novels for teens My Heart and Other Black Holes, which has been translated into over twenty languages, and Here We Are Now. She lives and writes in Cincinnati, Ohio. You can visit Jasmine online at www.jasminewarga.com.

Other Works by Jasmine Warga

The Shape of Thunder

Other Words for Home

Here We Are Now

My Heart and Other Black Holes