A Novel of the Real Miss Moneypenny 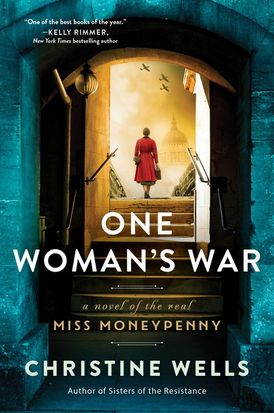 A Novel of the Real Miss Moneypenny

ONE OF BOOKBUB'S BEST HISTORICAL FICTION BOOKS OF THE FALL

From the author of Sisters of the Resistance comes the story of WWII British Naval Intelligence officer Victoire Bennett, the real-life inspiration for the James Bond character Miss Moneypenny, whose international covert operation is put in jeopardy when a volatile socialite and Austrian double agent threatens to expose the mission to German High Command.

World War II London: When Victoire “Paddy” Bennett first walks into the Admiralty’s Room 39, home to the Intelligence Division, all the bright and lively young woman expects is a secretarial position to the charismatic Commander Ian Fleming. But soon her job is so much more, and when Fleming proposes a daring plot to deceive the Germans about Allied invasion plans he requests the newlywed Paddy's help. She jumps at the chance to work as an agent in the field, even after the operation begins to affect her marriage. But could doing her duty for King and country come at too great a cost?

Socialite Friedl Stöttinger is a beautiful Austrian double agent determined to survive in wartime England, which means working for MI-5, investigating fifth column activity among the British elite at parties and nightclubs. But Friedl has a secret—some years before, she agreed to work for German Intelligence and spy on the British.

When her handler at MI-5 proposes that she work with Serbian agent, Duško Popov, Friedl falls hopelessly in love with the dashing spy. And when her intelligence work becomes fraught with danger, she must choose whether to remain loyal to the British and risk torture and execution by the Nazis, or betray thousands of men to their deaths.

Soon, the lives of these two extraordinarily brave women will collide, as each travels down a road of deception and danger leading to one of the greatest battles of World War II.

“Forget James Bond. Say hello to the real-life Miss Moneypenny, whose life was as replete with spycraft, adventure and daring as any true hero’s. Through Christine Wells’ skillful storytelling, Paddy Bennett, aka Miss Moneypenny, doesn’t just shine – she dazzles like the star she was. Just like you’ll be cheering for the heroine of One Woman’s War, you’ll be cheering Christine Wells for writing this brilliant book.” — Natasha Lester, New York Times bestselling author of The Riviera House

"One Woman’s War is the ultimate spy novel about the brave, real-life women behind the Bond books. Christine Wells places us in the middle of the action with superb writing that will have your heart pounding through the adventures of these dazzling women. This gripping novel is one you will not be able to put down!" — Madeline Martin, New York Times and international bestselling author ofThe Last Bookshop in London

"One Woman's War is a thrilling and suspenseful ride, perfect for fans of Kate Quinn, Beatriz Williams and Natasha Lester. Inspired by historic events, this story will have readers on the edge of their seats. Christine Wells’ masterful characterization and meticulous research have made for one of the best books of the year." — Kelly Rimmer, New York Times bestselling author of The German Wife

“A pulse-pounding thrill ride of a read, One Woman's War pulls back the curtain on one of the most covert operations of World War II, while also immersing readers in the fascinating foundations of 007-lore. Powerful reading you won't want to put down!" — Stephanie Marie Thornton, USA Today bestselling author of A Most Clever Girl

“A thrilling spy novel with a splash of glamour and plenty of intrigue, Christine Wells has penned an exciting WWII adventure of the real-life Miss Moneypenny and 007 that will keep you turning the pages until you reach the end. I highly recommend this exciting and daring book!” — Eliza Knight, USA Today bestselling author of The Mayfair Bookshop

"Christine Wells has crafted a spy novel worthy of Bond himself, bringing the unbelievable true story of Operation Mincemeat to life through the eyes of two unforgettable, real-life female operatives. A must-read!" — Bryn Turnbull, bestselling author of The Last Grand Duchess

“With a dazzling cast from history, and a wild gamble of a mission, One Woman's War is a testament to the brilliance and daring of women and men in WWII. In true Fleming/Bond form, Wells has crafted a glamorous, engaging novel full intrigue, but one that also humanizes and brings to life many complicated people and terrifying situations. Mix a martini and settle in.” — Erika Robuck, bestselling author of Sisters of Night and Fog

“One Woman’s War takes the reader on a breathtaking voyage to the glamour and edge-of-the-seat danger of London in the Blitz, as two very different women risk everything in a daring ruse that out-Bonds Bond. Christine Wells’ latest is such a great wartime thriller that Ian Fleming himself would be envious!” — Anna Campbell, bestselling author of the A Scandal in Mayfair series

"Double agents, double crosses, double lives - this engrossing spy thriller has it all, and with a feminist perspective to boot! Replete with sparkling dialogue and high drama, the adventures of the real-life Bond and Moneypenny was a delicious treat from start to finish." — Kerri Maher, author of The Paris Bookseller

"Fans of James Bond will definitely want to check out this novel. Readers of Ben MacIntyre’s Operation Mincemeat may also enjoy Wells’s take on this. This title features the usual cast, but due to its telling from the viewpoints of two charismatic women, it offers a fresh women-centric perspective not always found hand in hand with military themes." — Library Journal 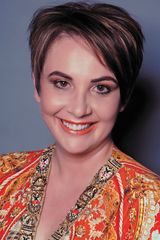 Christine Wells writes historical fiction featuring strong, fascinating women. From early childhood, she drank in her father’s tales about the real kings and queens behind popular nursery rhymes and she has been a keen student of history ever since. She began her first novel while working as a corporate lawyer, and has gone on to write about periods ranging from Georgian England to post World War II France. Christine is passionate about helping other writers learn the craft and business of writing fiction and enjoys mentoring and teaching workshops whenever her schedule permits. She loves dogs, running, the beach and fossicking for antiques and lives with her family in Brisbane, Australia.

Other Works by Christine Wells

Sisters of the Resistance