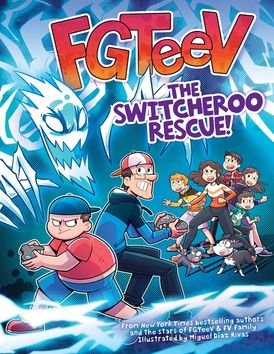 The FGTeeV family have survived their fair share of glitchy gaming consoles! But now their luck has taken a decidedly strange turn-for-the-worse when Duddz bonks heads with Cecil and boom, the switcheroo happens. They wind-up flip-flopped into each other’s body.

Now Cecil has Duddz’s lightning fast reflexes and mad gaming skills, while Duddz is stuck with Cecil’s stubby fingers and really bad banana allergies. But the two frenemies have no choice but to work together if they want to get back into their own bodies and stop the mayhem-wrecking ghost that their antics has unleashed!

But when their plans backfire and Cecil turns them power mad, Moomy, Chase, Lexi, Mike, and Shawn to join have to step in to try to save the day. Can the family find a way to stop Cecil, save Duddz, banish a nasty ghost, and get everyone back into their rightful bodies before it’s too late?

Game like you never gamed before in the fun-filled third graphic novel adventure from YouTube sensation FGTeeV, with more than 19 MILLION subscribers and over 20 BILLION views!

Duddy, Moomy, Lexi, Mike, Chase, and Shawn are the stars of FGTeeV, one of the most popular family gaming YouTube channels in the world, with over 20 million subscribers and more than 11 billion views. This family of six loves gaming, travelling, and spontaneous dance parties. To learn more, visit them on YouTube @FGTeeV.

Other Works by FGTeeV 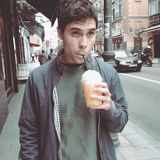 Miguel Díaz Rivas is a freelance illustrator from Spain. He was born in Cabra, a small town in Córdoba. He studied Media and Communication in Seville, focusing on how to use the audiovisual language to tell stories. After college he studied Illustration and Animation at E.S.D.I.P in Madrid. Nowadays Miguel works as a freelance artist for educational books and publishing companies and he contributes to advertising agencies, making illustrations and animations.

Other Works by Miguel Díaz Rivas

FGTeeV Presents: Into the Game!