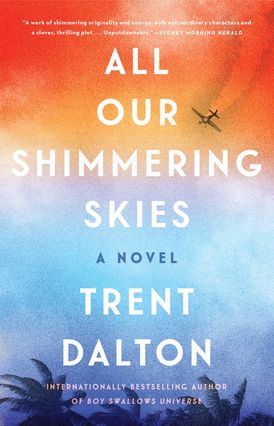 From the internationally bestselling and beloved author of the critically acclaimed Boy Swallows Universe, a mesmerizing, uplifting novel of adventure and unlikely friendships in World War II Australia—calling to mind The Wizard of Oz as directed by Baz Luhrmann.

Darwin, 1942. As Japanese bombs rain down on her hometown, newly orphaned Molly Hook looks to the skies and runs for her life. Inside a duffel bag, she carries a stone heart and a map that will lead her to Longcoat Bob, the deep-country sorcerer whom she believes cursed her family. Accompanying her are the most unlikely traveling companions: Greta, a razor-tongued actress, and Yukio, a Japanese fighter pilot who’s abandoned his post.

With messages from the skies above to guide them towards treasure, but foes close on their trail, the trio will encounter the beauty and vastness of the Northern Territory and survive in ways they never thought possible.

A story about the gifts that fall from the sky, curses we dig from the earth, and secrets we bury inside ourselves, Trent Dalton’s brilliantly imagined novel is an odyssey of true love and grave danger, of darkness and light, of bones and blue heavens. It is a love letter to Australia and an ode to the art of looking up—a buoyant and magical tale, filled to the brim with warmth, wit, and wonder.

“A work of shimmering originality and energy, with extraordinary characters and a clever, thrilling plot. . . . unputdownable.” — Sydney Morning Herald

“A spellbinding saga of survival and transformation in WWII Australia. . . . This is a wonder.”  — Publishers Weekly (starred review)

“Achingly beautiful and poetic in its melancholy, All Our Shimmering Skies is a majestic and riveting tale of curses and the true meaning of treasure.” — Booklist (starred review)

“Magical. . . . goodness, hope, and a bit of magic are pitted against gritty realities. The result is unquestionably appealing.” — Library Journal

“Dalton is an author of 19th-century expansiveness, one with a sense that intelligence, talent for characterization and sheer narrative brio can still be the whole cloth of the writer’s ambition. . . . it is storytelling manna, fallen straight from the Territorian skies.” — The Australian

“The follow-up to Boy Swallows Universe we could have never imagined, but the one Dalton was destined to gift us.It’s a new tale of the Australian Gothic crossed with a psychotropic cowboy movie.It’s a story of heroes and villains, foxes and water buffalo, fighter planes and birds of prey, real magic and real love, epitaphs and aphorisms, lost treasure and lost life.It’s a love letter to the nation. It’s your favorite childhood adventure story dictated by Emily Dickinson, Walt Whitman and William Shakespeare, with a score by Franz Liszt. It’s dead serious.It’s completely ridiculous.It’s all of these things and more.” — Booktopia (Australia)

"The best book I read this decade." —   Sharon Van Etten in Rolling Stone

“This thrilling novel takes you along for the ride.” — New York Times Book Review

“Boy Swallows Universe hypnotizes you with wonder, and then hammers you with heartbreak. . . . Eli’s remarkably poetic voice and his astonishingly open heart take the day. They enable him to carve out the best of what’s possible from the worst of what is, which is the miracle that makes this novel marvelous.” — Washington Post

“An electric novel. . . . a lively, funny affirmation of the human instinct for survival.” — The Times (London) 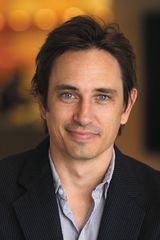 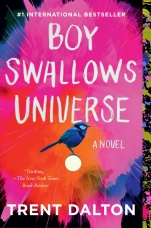