It Happened One Summer 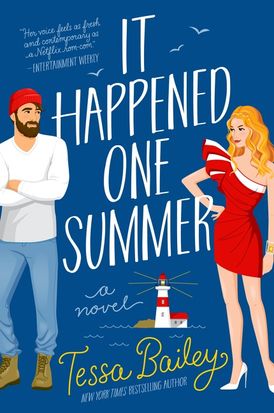 It Happened One Summer

Tessa Bailey is back with a Schitt’s Creek-inspired rom-com about a Hollywood “It Girl” who’s cut off from her wealthy family and exiled to a small Pacific Northwest beach town... where she butts heads with a surly, sexy local who thinks she doesn’t belong.

Piper Bellinger is fashionable, influential, and her reputation as a wild child means the paparazzi are constantly on her heels. When too much champagne and an out-of-control rooftop party lands Piper in the slammer, her stepfather decides enough is enough. So he cuts her off, and sends Piper and her sister to learn some responsibility running their late father’s dive bar... in Washington.

Piper hasn’t even been in Westport for five minutes when she meets big, bearded sea captain Brendan, who thinks she won’t last a week outside of Beverly Hills. So what if Piper can’t do math, and the idea of sleeping in a shabby apartment with bunk beds gives her hives. How bad could it really be? She’s determined to show her stepfather—and the hot, grumpy local—that she’s more than a pretty face.

Except it’s a small town and everywhere she turns, she bumps into Brendan. The fun-loving socialite and the gruff fisherman are polar opposites, but there’s an undeniable attraction simmering between them. Piper doesn’t want any distractions, especially feelings for a man who sails off into the sunset for weeks at a time. Yet as she reconnects with her past and begins to feel at home in Westport, Piper starts to wonder if the cold, glamorous life she knew is what she truly wants. LA is calling her name, but Brendan—and this town full of memories—may have already caught her heart.

"Her voice feels as fresh and contemporary as a Netflix rom-com...  Bailey writes banter and rom-com scenarios with aplomb, but for those who like their romance on the spicier side, she’s also the Michelangelo of dirty talk. She wields filth like Da Vinci does a paintbrush, and there’s a lot to be said for an author who can fill such exchanges with all the requisite heat, enthusiastic consent, and yes, even humor, of such a scenario without veering into corny territory."   - Entertainment Weekly

"Bailey strikes rom-com gold in this outstanding tale... [She] is bound to earn new followers with love scenes hot enough to boil water and a hilariously naïve Schitt’s Creek-inspired protagonist who is clearly out of her depth."

"Bailey delivers on her usual trifecta of sharp banter, instant chemistry, and high-heat sex scenes, but they are coupled with intense soul-searching for both Piper and Brendan... Another winning romance from an author at the top of her game." - Kirkus Reviews (starred review)

“Books by Tessa Bailey are an insta-buy for me.”  - Sally Thorne, USA Today bestselling author of The Hating Game and 99 Percent Mine

“When you read a book by Bailey, there are two things you can always count on: sexy, rapid-fire dialogue and scorching love scenes...” - BookPage.com

“I could not stop smiling. Romantic comedy perfection.” - Lauren Layne, New York Times bestselling author on Fix Her Up

“Perfect for fans of romance..." - Popsugar on Tools of Engagement

"This fish-out-of-water story features quirky characters in a charming working-class small town and a steamy, feel-good romance between opposites. Schitt’s Creek fans who just wanted to see Alexis get her happy ending will flock to this title." - Library Journal 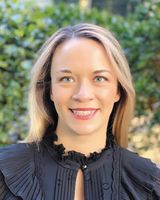 New York Times bestselling author Tessa Bailey aspires to three things. Writing hot and unforgettable, character-driven romance, being a good mother and eventually sneaking onto the judging panel on a reality show baking competition. She lives on Long Island, New York with her husband and daughter, writing all day and rewarding herself with a cheese plate and Netflix binges in the evening. If you want sexy, heartfelt, humorous romance with a guaranteed happy ending, you’ve come to the right place.

Other Works by Tessa Bailey

Love Her or Lose Her