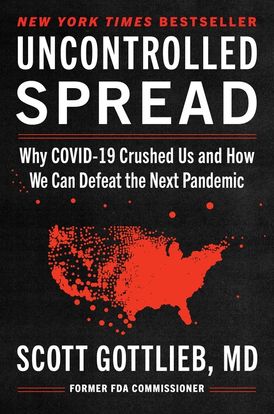 The former FDA commissioner outlines how the United States must prepare for future pandemics by learning from the mistakes made handling the Covid-19 outbreak.

In the early 2000s, Scott Gottlieb spent years at the U.S. Food and Drug Administration developing a “Pandemic Influenza Plan” to ready the United States for the threat of a global pandemic. Besides developing a response playbook, the Bush Administration also drilled for the event.

But when he returned to Washington as FDA director in 2017, Gottlieb discovered that the agency had been using the same outdated plan and obsolete tools to face Ebola, Zika, and swine flu. Shortly after his departure in late 2019, Covid-19 hit the United States. Members of the Trump administration were slow to mount an effective response.

Nine months later, the federal government’s response remained woefully inadequate and the Trump administration continued to focus on the wrong things. Schools should have been opening safely and the government should have been building the infrastructure for hundreds of millions of vaccines. Instead, the administration cut funding, amassed warehouses full of hydroxychloroquine, and spoke as if the virus has disappeared, even as infections—and deaths—continued to rise.

In Uncontrolled Spread, Gottlieb identifies the reasons why the U.S. was so underprepared for the pandemic, from failing to enlist the private sector in large-scale manufacturing of testing supplies and medical equipment to resolutely sticking to the narrative that Covid would go away on its own. Hard-hitting and informed by Gottlieb’s experience both in government and medicine, Uncontrolled Spread, is the essential inside account of one of the most tragic—and preventable—failures in American history. 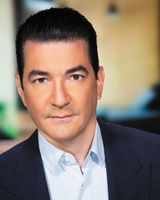 Other Works by Scott Gottlieb