Inspired by True Events, a Novel of WWII, the Royal Air Force, and Texas 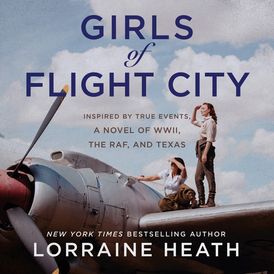 Inspired by True Events, a Novel of WWII, the Royal Air Force, and Texas

1941. A talented flier, Jessie Lovelace yearns for a career in aviation. When the civilian flight school in her small Texas town begins to clandestinely train British pilots for the RAF, she fights to become an instructor. But the task isn’t without its perils of near-misses and death. Faced with the weight of her responsibilities, she finds solace with a British officer who knows firsthand the heavy price paid in war . . . until he returns to the battles he never truly left behind.

Rhonda Monroe might not be skilled in the air but can give a trainee a wild ride in a flight simulator. Fearing little, she dares to jeopardize everything for a forbidden relationship with a charismatic airman…

Innocent and fun-loving Kitty Lovelace, Jessie's younger sister, adores dancing with these charming newcomers, realizing too late the risks they pose to her heart.

As the war intensifies and America becomes involved, the Girls of Flight City do their part to bring a victorious end to the conflict, pouring all their energy into preparing the young cadets to take to the skies and defeat the dangers that await. And lives from both sides of the Atlantic will be forever changed by love and loss… 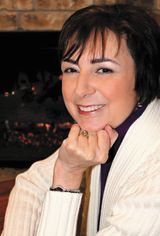 Other Works by Lorraine Heath

Confessions of a Secret Admirer

An Invitation to Seduction

A Rogue in Texas

An Avon True Romance: Amelia and the Outlaw

Scoundrel of My Heart