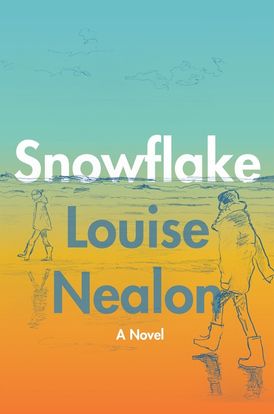 An exquisitely talented young Irish writer makes her literary debut with this powerful and haunting novel—a tale of love and family, depression and joy, and coming of age in the twenty-first century.

Eighteen-year-old Debbie was raised on her family’s rural dairy farm, forty minutes and a world away from Dublin. She lives with her mother, Maeve, a skittish woman who takes to her bed for days on end, claims not to know who Debbie’s father is, and believes her dreams are prophecies. Rounding out their small family is Maeve’s brother Billy, who lives in a caravan behind their house, drinks too much, and likes to impersonate famous dead writers online. Though they may have their quirks, the Whites’ fierce love for one another is never in doubt.

But Debbie’s life is changing. Earning a place at Trinity College Dublin, she commutes to her classes a few days a week. Outside the sheltered bubble of her childhood for the first time, Debbie finds herself both overwhelmed and disappointed by her fellow students and the pace and anonymity of city life. While the familiarity of the farm offers comfort, Debbie still finds herself pulling away from it. Yet just as she begins to ponder the possibilities the future holds, a resurgence of strange dreams raises her fears that she may share Maeve’s fate. Then a tragic accident upends the family’s equilibrium, and Debbie discovers her next steps may no longer be hers to choose.

Gorgeous and beautifully wrought, Snowflake is an affecting coming-of-age story about a young woman learning to navigate a world that constantly challenges her sense of self.

"Nealon’s razor-sharp focus on the shame surrounding mental health issues, sexual promiscuity and substance abuse in Irish culture — and her female characters’ determination to not only face but conquer their shortcomings . . . makes an indelible mark." - Washington Post

“A vivid tale of courage and discovery, of engaging with a world that contains so many interpersonal traps, so many sources of shame, guilt, and self-deception. . . . The jokey give-and-take of the craic—and there is plenty of it—lightens the book's serious subject matter. . . . Nealon keeps us laughing to soften the rawness. And as all is filtered through Debbie's sharp consciousness, we come to appreciate the protagonist's fierce curiosity about how to guide oneself to live in the world.” - Minneapolis Star-Tribune

“In an entirely unique, dark, and hilariously human novel, Nealon manages to weave the pressure of youth with the hopeful reality of unconditional love.” - Shondaland

“A lithe and limber debut. . . . the reader who, like Debbie, allows herself to be carried along by the swift and unexpected world of Snowflake will be rewarded in the end.” - Chicago Review of Books

“What are they putting in kids’ milk in Ireland? Snowflake marks the arrival of yet another striking Irish literary voice. . . . But Debbie’s fresh, bleakly funny voice marks her out as original. So are her brilliant, brittle family. . . . Screen rights have been bought by the team that adapted the hit TV series of Normal People.” - Sunday Times

“Will inevitably gather comparisons with Sally Rooney. But Nealon has her own voice. Her writing is clever, witty, wryly elegant and full of emotional truth.” - The Irish Independent

“An accomplished debut novel. . . . One of newcomer Louise Nealon's many skills is in finding the tenderness lurking underneath everyday exchanges in a captivating story about a smart working-class country girl who is trying to adjust to Trinity College and its privileged social set. . . . Made me laugh out loud and cringe simultaneously. . . . the book has the power to make you gasp at its revelations and its sheer poetry, which often unfolds with the languid pace of a lucid dream. There hasn't been a book quite like it out of Ireland in years.” - Irish Central

“A fresh and often humorous debut. . . . this tale of two worlds vibrates on an otherworldly frequency.” - Publishers Weekly

“Snowflake is mad and wonderful. I thought I was reading one thing, then discovered—several times—that I was reading a different, even better thing.” - Roddy Doyle

"Can a young woman be innocent yet outrageous, longing to succeed at university yet close to failing, deeply embarrassed by her manic depressive mother yet devoted? Yes, yes, yes. Louise Nealon’s beguiling narrator Debbie is all these things, and much more. Snowflake is a wonderfully inventive, deeply felt novel full of the best kinds of surprises." - Margot Livesey

"A novel for anyone who’s ever felt lost in the world. Louise Nealon balances humor and tragedy in a sharp debut." - John Boyne

"It's a long time since I've loved a novel as much as Snowflake. The prose shines with observations about life love family mental health, milking the cows and what it means to be coming of age in the times we live in—I felt I had discovered a diamond—a real treasure!" - Christy Lefteri, author of The Beekeeper of Aleppo 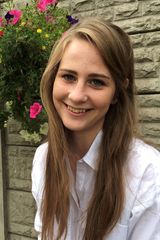 Louise Nealon is a writer from County Kildare, Ireland. In 2017, she won the Seán Ó Faoláin International Short Story Competition and was the recipient of the Francis Ledwidge Creative Writing Award. She has been published in the Irish Times, Southword, and The Open Ear. Nealon received a degree in English literature from Trinity College Dublin in 2014 and a master’s degree in creative writing from Queen’s University Belfast in 2016. She lives on the dairy farm where she was raised, and SNOWFLAKE is her first novel.

Other Works by Louise Nealon