A Novel of an American Faith 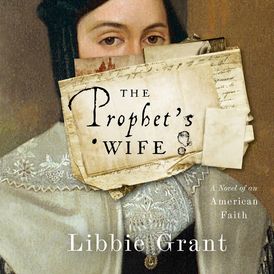 A Novel of an American Faith

A sweeping, lyrical tale of historical fiction that tells the unbelievable story of the early days of the Mormon church through the eyes of the woman who saw it all—Emma, the first wife of the prophet Joseph Smith.

In 1825, in rural Pennsylvania, Emma Hale marries an itinerant treasure-digger, a man who has nothing but a peep-stone in his pocket and a conviction that he can speak directly to God. His name is Joseph Smith and in a few short years, he will found his own religion, gather zealous adherents by the tens of thousands, and fracture Emma’s life and faith

While the Mormon religion finds its feet and runs beyond the grasp of its founder, Emma struggles to maintain her place in Joseph’s heart—and in the religion that has become her world. The Mormons make themselves outcasts everywhere they go. Joseph can only maintain his authority by issuing ever-stranger commandments on God’s behalf, culminating in an edict that men should marry as many women as they please. The Mormons’ adoption of polygamy only sets them further apart, and soon their communities are ravaged by violence at the hands of their outraged fellow Americans. For Emma, things take a more personal toll as Joseph brings in a new wife—a woman whom Emma considers a sister.

As Emma’s family grows along with Joseph’s infamy, she knows there will never be peace until Joseph faces the law. But on the half-wild edge of the frontier, he’s more likely to find death at the hands of a vigilante posse than a fair trial. For the sake of her people—and her soul—Emma must convince the Prophet of God to surrender... and perhaps to sacrifice his life. 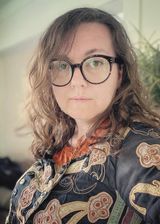 Other Works by Libbie Grant

Billionaire and the Monk, The \ El billonario y el monje