by Caron Butler, Justin A. Reynolds 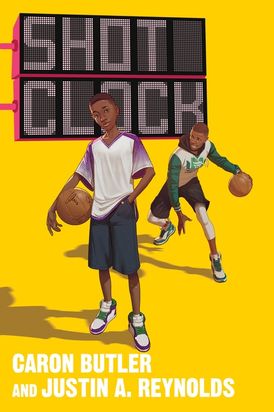 by Caron Butler, Justin A. Reynolds

Former NBA All-Star Caron Butler and acclaimed author Justin A. Reynolds tip off the first book in a new middle grade series about a young boy trying to make his mark on an AAU basketball team coached by a former NBA star in his hometown. Perfect for fans of The Crossover and the Track series. *A Junior Library Guild Gold Standard Selection!

Tony loves basketball. But the game changed recently when his best friend, Dante, a hoops phenom, was killed by a police officer. Tony hopes he can carry on Dante’s legacy by making the Sabres, the AAU basketball team Dante took to two national championships.

Tony doesn’t make the team, but Coach James likes what he sees from Tony at tryouts and offers him another chance: join the team as the statistician. With his community reeling and the team just finding its footing on the court, can Tony find a path to healing while helping to bring the Sabres a championship?

Justin A. Reynolds has always wanted to be a writer. Opposite of Always, his debut novel, was an Indies Introduce selection and a School Library Journal Best Book, has been translated into seventeen languages, and is being developed for film with Paramount Players. He lives in northeast Ohio with his family. You can find him at www.justinareynolds.com.

Other Works by Justin A. Reynolds