China's Quest to Wire the World and Win the Future 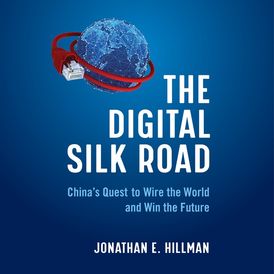 China's Quest to Wire the World and Win the Future

An expert on China’s global infrastructure expansion provides an urgent look at the battle to connect and control tomorrow’s networks.

From the ocean floor to outer space, China’s Digital Silk Road aims to wire the world and rewrite the global order. Taking readers on a journey inside China’s surveillance state, rural America, and Africa’s megacities, Jonathan Hillman reveals what China’s expanding digital footprint looks like on the ground and explores the economic and strategic consequences of a future in which all routers lead to Beijing.

If China becomes the world’s chief network operator, it could reap a commercial and strategic windfall, including many advantages currently enjoyed by the United States.

It could reshape global flows of data, finance, and communications to reflect its interests. It could possess an unrivaled understanding of market movements, the deliberations of foreign competitors, and the lives of countless individuals enmeshed in its networks.

However, China’s digital dominance is not yet assured. Beijing remains vulnerable in several key dimensions, the United States and its allies have an opportunity to offer better alternatives, and the rest of the world has a voice. But winning the battle for tomorrow’s networks will require the United States to innovate and take greater risks in emerging markets. Networks create large winners, and this is a contest America cannot afford to lose.

"China’s Belt and Road is reshaping the world’s economic and strategic landscape, and in this sweeping and thought-provoking tour, Jonathan Hillman reveals the gaps between Beijing’s grand rhetoric and ground reality. Required reading for the C-Suite and the Situation Room.” - Stephen J. Hadley, former U.S. National Security Advisor, on The Emperor’s New Road

"An outstanding book by one of the most interesting and original thinkers about the rise of China, the Belt and Road Initiative and what both mean for the rest of the world. Filled with insights into the changing world of the 21st century—essential reading.” - Peter Frankopan, author of the international bestseller The Silk Roads: A New History of the World on The Emperor’s New Road

“Jonathan Hillman offers an insightful contribution that helps cut through the noise on one of the most important projects of China’s foreign policy.” - Graham Allison, Harvard Kennedy School of Government, on The Emperor’s New Road 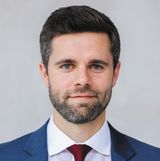 Other Works by Jonathan E. Hillman

It's Okay to Be the Boss

The Power of Flexing

The Alien Adventures of Finn Caspian #4: Journey to the Center of That Thing Un