I'm Only Wicked with You

The Palace of Rogues 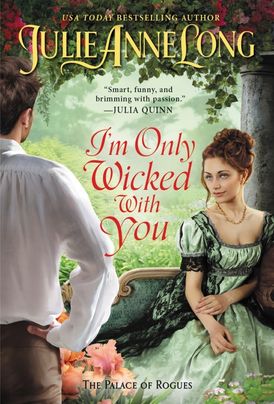 I'm Only Wicked with You

The Palace of Rogues

USA Today bestselling author Julie Anne Long continues her Palace of Rogues series with a brand-new romance about an ambitious American and a headstrong British heiress.

He’s the battle-hardened son of a bastard, raised in the wilds of New York. She’s the sheltered, blue-blooded darling of the London broadsheets, destined to marry a duke. Their worlds could only collide in a boardinghouse by the London docks...and when they do, the sparks would ignite all of England.

Nothing can stop Hugh Cassidy’s drive to build an American empire...unless it’s his new nemesis, the arrogant, beautiful, too-clever-by-half Lady Lillias Vaughn. The fascination is mutual. The temptation is merciless. And the inevitable indiscretion? Soul-searing—and the ruination of them both. Hugh’s proposal salvages Lillias’s honor but kills their dreams for their futures...until they arrive at a plan that could honorably set them free.

"Long finds that delectable sweet spot with Angel in a Devil’s Arms, welcoming us all to the cozy warmth of the Grand Palace on the Thames with the peculiar blend of humor and pathos she writes with such aplomb."
- Entertainment Weekly

“Deploying her usual perfectly calibrated mix of irresistibly dry wit and superbly nuanced characterization, RITA Award-winning Long adds another winner to her Palace of Rogues series with this lushly sensual, exquisitely emotional, and gracefully written tale about two people desperately trying not to fall in love with each other.” - Booklist (starred review) for Angel in a Devil’s Arms

“Delightful...refreshing. Readers will enjoy this rich depiction of how the past informs but does not dictate the future.”  - Publishers Weekly for Angel in a Devil’s Arms

“Sparkling banter, deep character insights, and a colorful supporting cast bring a clever scheme to life, setting up a series to savor. Historical readers will rejoice with Long’s return to the subgenre and will be intrigued by hints of the next 'Rogues' title.” - Library Journal (starred review, editor’s pick), on Lady Derring Takes a Lover 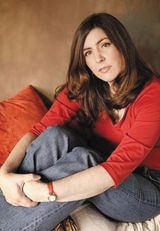 USA Today bestselling author and Rita® Award winner Julie Anne Long’s books have been translated into eighteen languages, nominated for numerous awards, and have appeared on dozens of “Best of” lists. NPR named her Pennyroyal Green series as one of the Top 100 romance series of all time. She currently lives in Northern California.

Other Works by Julie Anne Long

It Started with a Scandal

It Happened One Midnight

I Kissed an Earl

How the Marquess Was Won

What I Did For a Duke

The Perils of Pleasure