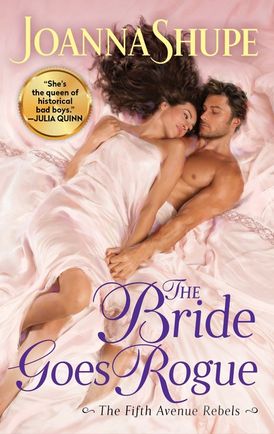 An engagement set up to fail.

The charismatic and vivacious Katherine Delafield should be married by now. Her father arranged an engagement to the much sought-after tycoon Preston Clarke ages ago. The only problem is Preston refuses to acknowledge it. But this isn’t going to stop Katherine from living life to the fullest as she ditches all silly notions of love and marriage and sets out to sample all the excitement New York City has to offer . . . the more scandalous the better. Because no matter what happens, she and Preston will never marry.

After his family nearly lost everything, Preston is done letting his late father ruin his life—including choosing his bride. But when a mysterious lover at a masquerade turns out to be his would-be fiancée, Preston's resolve begins to crumble. He hadn't expected Katherine to be so charming. Or beautiful. Or passionate. And seeing her out on the town with other men is driving him crazy.

What happens when the wrong bride turns out to be the right woman after all?

“Once again, Shupe delivers a sparkling, sexy romance in a well-crafted and entertaining historical setting, filling the book to the brim with vivid, appealing characters that readers can’t help but love.”
— Library Journal (starred review)

“Shupe (the Uptown Girls series) opens her Fifth Avenue Rebels series with this effortlessly diverting Gilded Age romance... [Harrison and Maddie’s] sexual chemistry and dynamic banter, especially during intimate moments, convey an alluring blend of love and playfulness. This character-driven historical romance is sure to delight.”  — Publishers Weekly on The Heiress Hunt

“Nothing makes me happier than a new book from Joanna Shupe!” — Sarah MacLean

“Swoon! With The Rogue of Fifth Avenue, Shupe continues to build on the sterling legacy she’s building for herself as a gifted weaver of glittering Gilded Age tales (complete with lots of nod to real historical figures), while also deepening the contemporary resonance of her themes.” — Entertainment Weekly 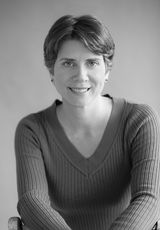 Joanna Shupe has always loved history, ever since she saw her first Schoolhouse Rock cartoon. In 2013, she won Romance Writers of America's prestigious Golden Heart® Award for Best Historical. Since then, her books have appeared on numerous yearly &#8220best of” lists, including Publishers Weekly, The Washington Post, Kirkus Reviews, Kobo and BookPage. She lives in New Jersey with her two spirited daughters and dashing husband.  >

Other Works by Joanna Shupe

The Duke Gets Even

The Lady Gets Lucky

The Devil of Downtown

The Prince of Broadway

The Rogue of Fifth Avenue