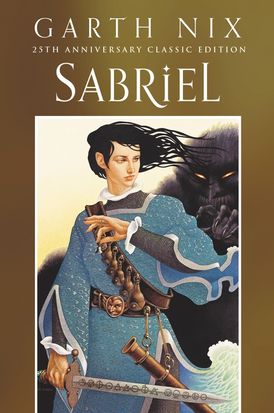 A 25th anniversary edition of the first installment in the Old Kingdom series, from master of fantasy and globally bestselling author Garth Nix, with captivating new cover art and exclusive extras.

Exclusive content including an original short story set in Sabriel’s school days and other extras complete this special paperback edition.