Inside the Season of Protest, Pandemic, and Progress with the Brooklyn Nets' Superstars of Tomorrow 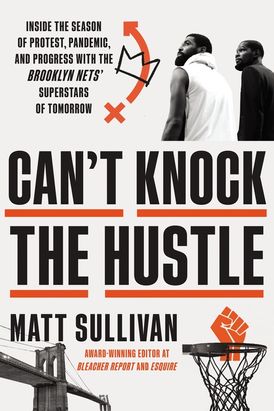 Inside the Season of Protest, Pandemic, and Progress with the Brooklyn Nets' Superstars of Tomorrow

“Brilliantly audacious…written with the profundity of a sage baller and the acuity of a seasoned journalist.”—Kiese Laymon, New York Times bestselling author of Heavy

An award-winning journalist's behind-the-scenes account from the epicenter of sports, social justice, and coronavirus, Can't Knock the Hustle is a lasting chronicle of the historic 2019-2020 NBA season, by way of the notorious Brooklyn Nets and basketball's renaissance as a cultural force beyond the game.

The Nets were already the most intriguing startup in the NBA: a team of influencers, entrepreneurs and activists, starring the controversial Kevin Durant and Kyrie Irving. But this dynasty-in-the-making got disrupted by the unforeseen. One tweet launched an international scandal, pitting the team's Chinese owner and the league's commissioner against its players and LeBron James. The sudden death of Kobe Bryant, after making his final public appearance in Brooklyn, sent shockwaves through a turbulent season.

Then came the unimaginable. A global pandemic and a new civil-rights movement put basketball's trend-setting status to the ultimate test, as business and culture followed the lead of the NBA and its empowered stars. No team intersected with the extremes of 2020 quite like the Brooklyn Nets, and Matt Sullivan had a courtside view.

Can't Knock the Hustle crosses from on the court, where underdogs confront A-listers like Jay-Z and James Harden, to off the court, as players march through the streets of Brooklyn, provoke Donald Trump at the White House, and boycott the NBA's bubble experiment in Disney World.

Hundreds of interviews—with Hall-of-Famers, All-Stars, executives, coaches and power-brokers across the world—provide a backdrop of the NBA's impact on social media, race, politics, health, fashion, fame and fandom, for a portrait of a time when sports brought us back together again, like never before.

“Sportswriter Sullivan takes readers on a propulsive ride in his tour-de-force debut. . . . Sullivan’s detailed account will intrigue anyone who cares about sports and the role it plays in social justice today.”  - Publishers Weekly (starred review)

"Only a brilliantly audacious book could begin to make sense of the weirdly brilliant audacity of the new Brooklyn Nets. One writer on Earth could have written this book this way — with the profundity of a sage baller and acuity of a seasoned journalist — and that writer is Matt Sullivan." - Kiese Laymon, New York Times best-selling author of Heavy

“With Can't Knock The Hustle, Matt Sullivan correctly positions the basketball games we love as both a prism through which to understand our culture, and a battlefield on which to fight for the better angels of that culture. On the surface, it's a story about the unending march of 2020. But once you finish it, you understand that it's also an essential document about the decades that led us to this moment, and about the future decades yet unspooled."  - Wright Thompson, ESPN senior writer and New York Times bestselling author of Pappyland and The Cost of These Dreams

“In the dueling eras of unprecedented athlete empowerment and the coarse ugliness of 'shut up and dribble,' Matt Sullivan's Can't Knock the Hustle offers a can't-look-away sampling of not merely the NBA's most fascinating franchise, but a frozen period in time that will leave historians both horrified and riveted."  - Jeff Pearlman, New York Times bestselling author of Three-Ring Circus and Showtime

“Matt Sullivan is one helluva social anthropologist, and as a result, his Can't Knock the Hustle amounts to way more than a journey with the Brooklyn Nets, or an examination of the modern-day athlete. This is an astute, ambitious book about the glory and torment of talent itself. Basketball? That's just the starting point, and what a trip Sullivan's remarkable odyssey turns out to be.” - James Andrew Miller, New York Times bestselling author of Those Guys Have All the Fun, Live From New York, and Powerhouse

“Can't Knock the Hustle is a terrific book because it gives us something in woefully short supply: real journalism. Matt Sullivan has discovered the ground zero of a player revolution—and it's in Brooklyn. Is anybody ready for it?"  - Howard Bryant, ESPN senior writer and author of Full Dissidence: Notes from an Uneven Playing Field

“The superstar-studded Brooklyn Nets are basketball's most captivating team, and Can't Knock the Hustle delivers a fascinating secret history of their journey to the pantheon of player activism and empowerment. With brilliant reporting and breakneck prose, this is our generation's Moneyball.”  - Don Van Natta Jr., Pulitzer Prize-winning ESPN investigative reporter and New York Times bestselling author of First Off the Tee and Wonder Girl

“No narrative has captured the dynamics of the ‘player empowerment’ movement quite like Can’t Knock the Hustle. Sullivan has written about as revealing a basketball book as there's been in a long time: an insider’s account with an outsider’s moxie.”  - Dave Zirin, The Nation sports editor and author of The Kaepernick Effect 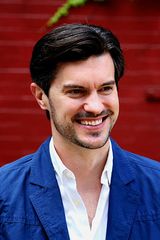 Matt Sullivan has been an editor at The New York Times, The Atlantic, The Guardian, Esquire and Bleacher Report. His work in sports, celebrity and investigative journalism has been honored more than a dozen times by The Best American Sports Writing, the National Magazine Awards and the Edward R. Murrow Awards. A native New Yorker and graduate of Duke University, he lives with his wife, their daughter and a French bulldog.

Other Works by Matt Sullivan