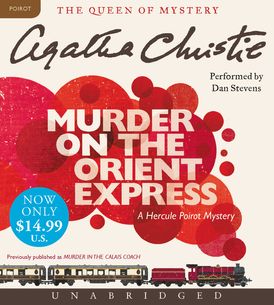 The most widely-read mystery of all time, now a major motion picture directed by Kenneth Branagh and produced by Ridley Scott

Isolated by the storm, detective Hercule Poirot must find the killer among a dozen of the dead man’s enemies, before the murderer decides to strike again.

The Secret Adversary & And Then There Were None

The Mysterious Affair at Styles & The ABC Murders