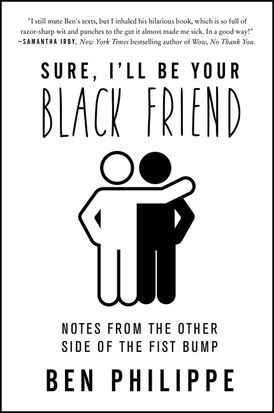 "I still mute Ben's texts, but I inhaled his hilarious book, which is so full of razor-sharp wit and punches to the gut that it almost made me sick. In a good way!" — Samantha Irby, New York Times bestselling author of Wow, No Thank You

"Philippe has created a funny, and at times harrowing, memoir of his experience as a Black man. Fans of similar memoirs, such as Damon Young’s What Doesn’t Kill You Makes You Blacker, will enjoy the irreverence and recognize themselves in these pages." — Library Journal

“Flat-out funny…This is a great next-book for fans of What Doesn’t Kill You Makes You Blacker and We Are Never Meeting in Real Life, but if a reader hasn’t turned to either of those yet, Philippe’s disarming, illuminating, and hilarious chronicle is a great place to start.” — Booklist