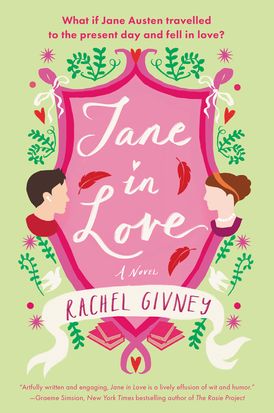 "Artfully written and engaging, Jane in Love is a lively effusion of wit and humor."—Graeme Simsion, New York Times bestselling author of The Rosie Project

A charming, romantic debut novel in which Jane Austen, heralded author, ends up time-traveling almost 200 years in the future. There she finds the love she's written about and the destiny she's dreamed of...but is it worth her legacy?

Bath, England, 1803. At 28, Jane Austen prefers walking and reading to balls and assemblies; she dreams of someday publishing her carefully crafted stories. Already on the shelf and in grave danger of becoming a spinster, Jane goes searching for a radical solution—and as a result, seemingly by accident, time-travels. She lands in...

Bath, England, present day. The film set of Northanger Abbey. Sofia Wentworth is a Hollywood actress starring in a new period film, an attempt to reinvent her flagging career and, secretly, an attempt to reinvent her failing marriage. When Sofia meets Jane, she marvels at the young actress who can’t seem to "break character," even off set. And Jane—acquainting herself with the horseless steel carriages and seriously shocking fashion of the twenty-first century— meets Sofia, a woman unlike anyone she’s ever met before. Then she meets Fred, Sofia’s brother, who has the audacity to be handsome, clever, and kind-hearted.

What happens when Jane, against her better judgement, falls in love with Fred? And when Sofia learns the truth about her new friend Jane? And worst of all, if Jane stays with Fred, will she ever achieve her dream, the one she's now seen come true?

"Artfully written and engaging, Jane in Love is a lively effusion of wit and humor." — Graeme Simsion, New York Times bestselling author of The Rosie Project

“Australian filmmaker, and debut writer, Rachel Givney brings us a whimsical time travel romantic adventure for none other than Jane Austen herself with her new novel, Jane in Love.… entertaining and engaging.”  — Austenprose

“I enjoyed Jane Austen as a curious and insightful character, and I enjoyed the arc of Sofia, a modern actress…Her character is insightful and interesting, and deeply interested in everything around her...Her friendship with Sofia becomes delightful and her experience in a modern hospital which can’t fix everything despite all its modern technology is poignant.” — Smart Bitches, Trashy Bitches

“Givney also works contrasts between the two time periods into the plot that will inspire contemplation or discussion involving changes in family and romantic relationships, the intricate balance of a woman’s choices and how society determines her worth, and the inequitable impacts of aging on men and women. An engaging blend of thoughtful topics and funny moments, cleverness and charm, this is a must-read for Janeites, those wondering what the fuss is about Austen, and all readers who like lively, smart, and provocative fiction.”
— Booklist (starred review) 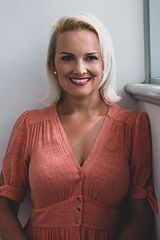 Rachel Givneyis from Sydney, Australia. She’s built her career in the film and television industry as a writer and director. Jane in Love is her first novel.

Other Works by Rachel Givney