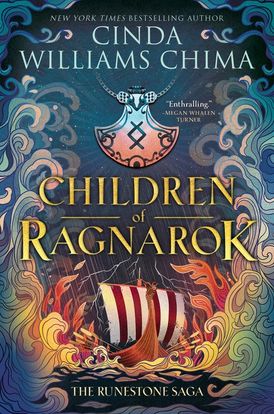 Sweeping adventure, breathtaking twists of fate, and immersive worlds based in Norse mythology are woven into this first volume of the Runestone Saga, from the New York Times bestselling author of the Seven Realms and Shattered Realms series.

Since Ragnarok—the great war between the gods and the forces of chaos—the human realm of the Midlands has become a desperate and dangerous place, bereft of magic.

Sixteen-year-old Eiric Halvorsen is among the luckier ones—his family has remained prosperous. But he stands to lose everything when he’s wrongly convicted by a rigged jury of murdering his modir and stepfadir. Also at risk is Eiric’s half-systir, Liv, who’s under suspicion for her interest in seidr, or magic. Then a powerful jarl steps in: He will pay the blood price if Eiric will lead a mission to the fabled Temple at the Grove—the rich stronghold of the wyrdspinners, the last practitioners of sorcery.

Spellsinger, musician, and runecaster Reginn Eiklund has spent her life performing at alehouses for the benefit of her master, Asger, a fire demon she is desperate to escape. After one performance that amazes even herself, two wyrdspinners in the audience make Reginn an irresistible offer: return with them to the Temple to be trained in seidr, forever free of Asger.

Eiric’s, Liv’s, and Reginn’s journeys converge in New Jotunheim, a paradise fueled by magic and the site of the Temple. They soon realize that a great evil lurks beneath the dazzling surface and that old betrayals and long-held grudges may fuel another cataclysmic war. It will require every gift and weapon at their command to prevent it.

"Drawing on Norse mythology, this ambitious, original story captivates from beginning to end. The novel is lively and well told, with twists galore. This innovative story...strikes a refreshing note for the genre." — Kirkus Reviews (starred review) 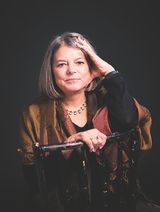 Cinda Williams Chima began writing romance novels in middle school, which were frequently confiscated by her English teacher. A graduate of the University of Akron and Case Western Reserve University, Cinda has been a freelance writer and columnist for the Plain Dealer and other publications. Cinda has a marginal knowledge of popular culture, but she has never forgotten what it was like to be a teen. She lives in Ohio with her husband and two sons.