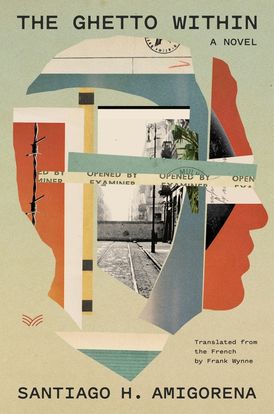 In his English language debut, Santiago H. Amigorena writes to fight the silence that “has stifled [him] since [he] was born”, weaving together fiction, biography, and memoir to distill a stirring novel of loss and unshakeable love.

A critical sensation in France, The Ghetto Within is its author’s personal attempt to confront his grandfather’s silence. Passed down, from generation to generation, the silence of Amigorena’s grandfather became his own. A gripping study of inheritance,The Ghetto Within re-imagines the life of this Jewish grandfather, a Polish exile in Argentina, whose guilt provokes an enduring silence to span generations.

1928. Vicente Rosenberg is one of countless European émigrés making a new life for themselves in Argentina. It is here, along the bustling avenues of Buenos Aires, that he will meet and marry Rosita, whose ties to his native Poland are more ancestral than extant. They will have three children and pursue a quiet, comfortable domestic life. Vicente will start a profitable business and, on occasion, look back. Still, despite success, he will ache for his mother, Gustawa, who stayed behind in Warsaw with his siblings.

For years, she writes him several times a month. Yet, as rumors mount from abroad, Vicente is given pause. The war in Europe feels so remote. Over time, his mother's letters become increasingly sporadic and Vicente, through delayed missives and late transmissions, begins to construct the reality of a tragedy that has already occurred. And one day, the letters stop altogether. Racked with guilt and anxiety over the fate of his mother and family, he lapses into a deep despair and longstanding silence.

With his new novel, Amigorena employs language to reclaim his "voice" from the oblivion of familial trauma. An effort to understand the ways in which his grandfather’s silence continues to affect the generations that followed,The Ghetto Within is a powerful new addition to Holocaust canon, a stunning introduction of an essential new voice to English readers.

Translated from the French by Frank Wynne. 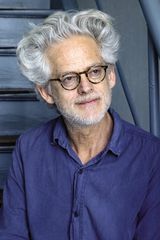 Santiago Amigorena is a French-Argentine director, screenwriter, producer, and writer. He is the author of A Laconic Childhood, the first in an ongoing critically acclaimed autobiographical fiction project. The Ghetto Within (published in France as Le Ghetto Interieur) was shortlisted for several prestigious literary prizes in France and won the Prix des libraires de Nancy. Born in Buenos Aires, Argentina, Amigorena currently resides in France.

Other Works by Santiago H. Amigorena