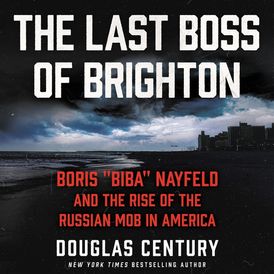 Bestselling author Douglas Century reveals the untold story of the epic rise and fall of Boris Nayfeld, also known as Biba, one of the most notorious Russian mob bosses of our era.

Boris Nayfeld, a.k.a. “Biba,” is the last living boss of the old-school Russian mob in America, and he’s survived to tell it all. Filled with sex, drugs, and murder, Biba’s story is a mind-boggling journey that took him from petty street crime in the USSR to billion-dollar embezzlement in America.

Born in Soviet-era Belarus, abandoned by his parents in infancy, Biba’s brutal upbringing left him hungry for more—more power, control, and money. Taking advantage of the rampant corruption in the Soviet Union, Biba’s teenage hooliganism quickly turned into bolder “black cash” rackets, making him, by Soviet standards, a very rich young man. When authorities took notice and threatened him with “the supreme measure”— execution by firing squad—he managed to get out of the USSR just in time.

Within months of landing in America, his intimidating presence and street smarts quickly made him legendary in the Soviet émigré community of Brighton Beach, Brooklyn, and launched him to the top of New York’s Russian Jewish mob, one of the world’s most inventive, powerful and violent criminal organizations. After decades as a globe-trotting boss, and three stints in U.S. federal prisons he remains unbroken and unrepentant, even as his entire life has unraveled around him.

Now seventy-four years old, Biba is a lion in winter. Douglas Century vividly brings the notorious gangster to life in these pages, telling not only his epic journey but also the history of the Russian mob in America. 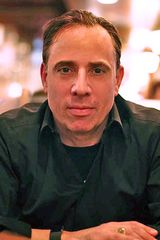