A Defenders of Lore Novel 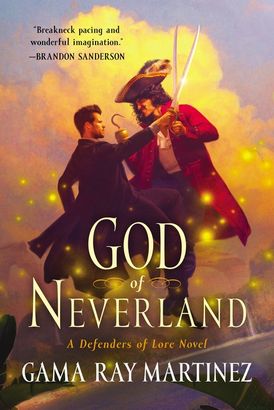 A Defenders of Lore Novel

In this magical re-imagining of J. M. Barrie’s classic tale, Michael Darling—the youngest of the Darling siblings and former Lost Boy, now all grown up—must return to the life he left behind to save Neverland from the brink of collapse and keep humanity safe from magical and mythological threats, as well as answer the ultimate question: Where is Peter Pan?

Peter Pan is missing; Neverland is in trouble. For adults, that might not matter all that much, but for children—whose dreams and imagination draw strength from the wild god’s power—the magic we take for granted in the real world is in danger of being lost forever.

Such is the life of a now grown-up Michael Darling.

Michael returned from Neverland with the dream of continuing his adventuring ways by joining the Knights of the Round, an organization built to keep humanity safe from magical and mythological threats.. But after a mission gone terribly wrong, he vowed to leave the Knights behind and finally live as a “civilian,” finding order and simplicity as a train engineer, the tracks and schedule tables a far cry from the chaos of his youth.

He hasn’t entered the narrative in years. So what could the Knights need from him now?

Maponos—or how he’s better known, Peter Pan—has gone missing, and Neverland is now on the edge of oblivion. Michael realizes he has no choice and agrees to one last mission. Alongside the young Knight Vanessa and some old friends, Michael embarks on the ultimate adventure: a journey to a fantasy world to save a god. Determined to stop evil, fight for Neverland, and find Maponos, will Michael be able to save the magical and physical world? Or will his biggest fear come true?

The clock is ticking, and in Neverland, that’s never a good sign.

"God of Neverland is an ingenious idea that sparkles with a sense of wonder. A clever, witty, and engrossing story where the reader is swept along with discovery from scene to scene." - Kevin J. Anderson, New York Times bestselling coauthor of Dune: House Atreides

"Charming and inventive, God of Neverland updates and expands on the mythos of Peter Pan. Martinez sprinkles fairy dust on his readers, takes them by the hand, and flies them through a rollicking adventure."  - Andrea Stewart, author of The Bone Shard Daughter

"A tale filled with wonder and charm and so much more. Gama Ray Martinez shows himself to be a worthy successor to J. M. Barrie. Grab a pinch of Pixie dust, and take a flight into the realm of imagination!" - David Farland, International bestselling fantasy author of The Runelords

“God of Neverland is a magic trick of a book—it evokes classic stories while creating a fascinating new narrative that is uniquely its own.”  - James A. Owen, author of Here, There Be Dragons

"Gama Ray Martinez puts a new spin on the familiar story of Peter Pan, and makes it wholly his own in a novel all about re-kindling a childhood sense of wonder, magic, and adventure that speaks to the power of imagination and storytelling." - A.C. Wise, author of Wendy, Darling 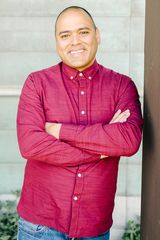 Other Works by Gama Ray Martinez