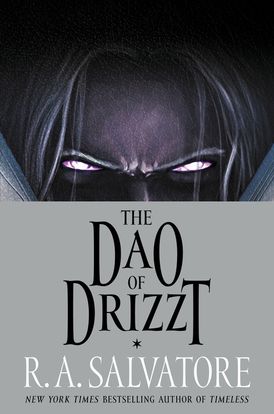 For over thirty years, Drizzt Do'Urden has been one of the most important characters in fantasy literature. Throughout his novels, Drizzt has written down his thoughts about life and love, the nature of good and evil, the joys (and frustrations) of family, and so much more. Bound together for the first time, the collected wisdom and philosophy of Drizzt will be a beautifully-packaged gift book—complete with an introduction by bestselling fantasy author Evan Winter—for his biggest fans and readers wanting to learn about this iconic figure.

Growing up in the chaos of Menzoberranzan, one young drow elf tries to make sense of the conflict between the traditions he must serve and the protestations of his own conscience. To lay bare the injustices he sees and to strengthen his own resolve to follow the ethical call of his heart, Drizzt Do'Urden is both an agent of action and self-reflection.

These, his writings, become critical to his salvation, the way in which he makes sense of a world that to him makes little sense at all. The impact of his words, of his meditation, of his inward determination will carry him forward, forcing upon him decisions that others would consider noble, perhaps, but surely foolhardy…impossible even.

But to Drizzt, the only choice is to do what is true and right.

These journal entries, then, show the struggle between what has always been and what should be, where the courage to transcend the many obstacles of societal expectations and entrenched power—if nowhere else, then in the soul of an idealist. They were written to help Drizzt understand himself. But the universal truths will resonate with readers throughout the Realms.

“All readers will find pure, often heart-racing enjoyment as they are drawn into Salvatore’s beautifully crafted world.” — Publishers Weekly (starred review) on Timeless

“[Salvatore] really does deliver the thrills and spills, the battles and swordplay, the jolly banter amid dreadful danger, and the hissing, clawing, chortling, tooth-grinding malice of the villains…fans will rejoice.” — Kirkus Reviews on Timeless

“Dark elves and rogue warriors battle for the fate of a savage world in an action-packed, high fantasy relaunch of R. A. Salvatore’s Dungeons and Dragons–inspired fantasy…the action sequences are surely some of the finest in fantasy—gripping, wildly imaginative with magical devices and nightmarish opponents, and perfectly packed for rapid consumption…It’s fun stuff.” — New York Journal of Books on Timeless

The newest evolution of a narrative that’s grown and developed for nearly three decades...a payoff for all that preceded it.”   — NerdsonEarth.com on Relentless

“The exhilarating conclusion to Salvatore’s Generations trilogy (after Boundless) illustrates the power of family, both born and chosen … Amid epic sword and sorcery clashes, Salvatore makes a powerful case for love and compassion conquering even the strongest of evils. Fans will be sad to see this fantastic series end.”  — Publishers Weekly (starred review) on Relentless