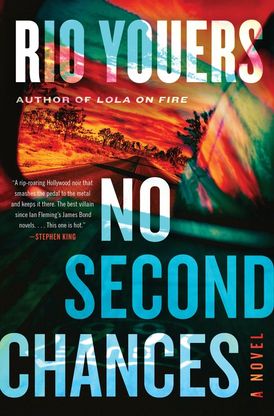 From Rio Youers, the acclaimed author of Lola on Fire, comes a blistering high-octane thriller about desperate love, vengeance, and the precarious pursuit of fame.

“A rip-roaring Hollywood noir that smashes the pedal to the metal and keeps it there. The best villain since Ian Fleming’s James Bond novels . . . This one is hot.” –Stephen King

Luke Kingsley’s glory days are behind him. A star on the rise, his life and career imploded after his soul singer wife, Lisa Hayes, disappeared without a trace, silencing a very public and tumultuous marriage. Most people, especially an avenging PI, think Luke got away with murder. The last thing he expects is to be pulled back from the brink by a starstruck stranger.

Wannabe actress Kitty Rae has chased her dreams all the way from Kentucky to Hollywood. Saving a washed-up actor’s life wasn’t one of them, but she believes in Luke—as much as she believes her own career is just one lucky break away. For now, she works for Johan Fly, a charismatic, wealthy, and seriously unbalanced drug dealer to the rich and famous. When Johan discovers that Kitty has been skimming the product, he vows to make her pay.

As Luke steps up to help Kitty, he uncovers a web of violence and corruption, as well as a single, enticing clue about his wife's disappearance. Barreling across the Mojave Desert, Luke and Kitty set off to find the long-lost Lisa. But Johan, hungry for vengeance, is hot on their trail. There’s no limit to what he will do to find them. And in a world where fortune favors the ruthless, there’s also no limit to what Luke and Kitty will have to do to survive.

“A rip-roaring Hollywood noir that smashes the pedal to the metal and keeps it there. The best villain since Ian Fleming’s James Bond novels . . . This one is hot.” - Stephen King

“[A] dizzyingly plotted thriller . . . the novel motors on at blinding speed, incorporating broken families, bottomless desire for revenge, and a denouement that makes the Saint Valentine’s Day Massacre seems like mere trifle. What sticks with me, though, are the quiet moments, where the wounds of long-ago personal sacrifices have room to heal.” - New York Times Book Review on Lola on Fire

“Lola on Fire serves up all the gonzo action, quotable lines, and unforgettable characters a reader could want, in a novel that rivals Killing Eve in intensity and atmosphere.” - #1 New York Times bestselling author Joe Hill

“Lola on Fire sizzles and scorches like fresh steak slapped on a red-hot grill. And while you might know Lola’s cousins—that girl with the dragon tattoo, the twin nemeses of Killing Eve, master assassin John Wick, even Kill Bill's Beatrix Kiddo—none of them can rival her bruised soul and bulletproof heart. How often does a ferocious action thriller gather your emotions in a net and haul them to the surface writhing and shiny? What was the last novel to kick-start your brain and your pulse at the same time? Cross Elmore Leonard with Lisa Gardner and you get Rio Youers. More Lola, please, aflame or otherwise.” - A. J. Finn, #1 New York Times bestselling author of The Woman in the Window

“What a ride! Lola on Fire is a witty, impeccably crafted, and deliriously fun thriller with a furiously beating heart. Rousing action and killer pacing, powered by characters you’ll love who possess the ass-kicking skills of the John Wick universe yet are still grounded with real humanity. Don't miss it.” - Taylor Adams, author of No Exit

"Youers has spent years developing his style, perfecting his voice, and with No Second Chances he has produced a book that feels like something Elmore Leonard might have written: a dark and ballsy story that, once you’ve started it, you absolutely cannot stop reading." - Booklist (starred review) 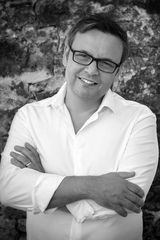 Rio Youers is the British Fantasy and Sunburst Award–nominated author of Westlake Soul and Halcyon. His 2017 thriller, The Forgotten Girl, was a finalist for the Arthur Ellis Award for Best Crime Novel. He is the writer of Sleeping Beauties, a comic book series based on the bestselling novel by Stephen King and Owen King. Rio lives in Ontario, Canada with his wife and their two children.

Other Works by Rio Youers