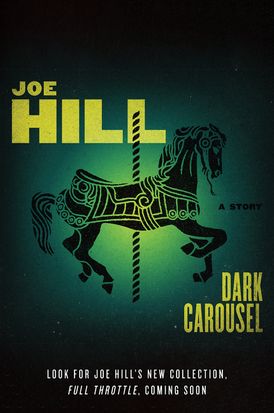 A balmy summer night in 1994. Four teenagers out for an evening of fun on the boardwalk take a ride on the “Wild Wheel” – an antique carousel with a shadowy past – and learn too late that decisions made in an instant can have deadly consequences. What begins as a night of innocent end-of-summer revelry, young love, and (a few too many) beers among friends soon descends into chaos, as the ancient carousel’s parade of beasts comes chillingly to life to deliver the ultimate judgment for their misdeeds.

Bobby Conroy Comes Back from the Dead