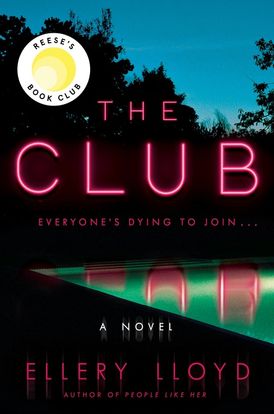 “Are you ready for the roller coaster ride that is The Club? . . . A beautifully written, densely plotted murder mystery that takes place at a private club off the coast of England. Read about a luxurious, celeb-only island during a weekend of partying and ultimately murder.” —Reese Witherspoon (Reese’s Book Club March ’22 Pick)

From the author of People Like Her comes a smart and sinister murder mystery set in the secretive world of exclusive celebrity clubs.

The Home Group is a glamorous collection of celebrity members' clubs dotted across the globe, where the rich and famous can party hard and then crash out in its five-star suites, far from the prying eyes of fans and the media.

The most spectacular of all is Island Home—a closely-guarded, ultraluxurious resort, just off the English coast—and its three-day launch party is easily the most coveted A-list invite of the decade.

But behind the scenes, tensions are at breaking point: the ambitious and expensive project has pushed the Home Group's CEO and his long-suffering team to their absolute limits. All of them have something to hide—and that's before the beautiful people with their own ugly secrets even set foot on the island.

As tempers fray and behavior worsens, as things get more sinister by the hour and the body count piles up, some of Island Home’s members will begin to wish they’d never made the guest list.

Because at this club, if your name’s on the list, you’re not getting out.

"Written with ruthless detail, The Club is a startling dissection of celebrity culture, masterfully told." — Eliza Jane Brazier, author of If I Disappear

"Loved it. A razor-sharp satire on the uber-elite that ramps up the revelations to a deeply satisfying reckoning as justice is served on the many splendidly unlikeable characters. . . . A fantastic read." — Harriet Tyce, author of Blood Orange and The Lies You Told

“Super clever, silky smooth, and brilliantly wicked, The Club is a triumph and a treat—one of the most riveting books I’ve read in a long time.” — Louise Candlish, author of The Other Passenger

“You’ll need to keep your wits about you as you enter The Club. Shady business practices, moral dilemmas and a cast of characters who all have something to hide . . . but which one will kill to keep their secrets? This had me second-guessing all the way through and I didn’t come up for air until I got to the end. A triumph!” — Sandie Jones, author of The Other Woman and The Guilt Trip

“The Club is a wholly addictive thriller, a clever blend of Lifestyles of the Rich and Famous and murder. A page turner from start to finish.” — Samantha Downing, author of My Lovely Wife and For Your Own Good

"A smart, stylish and savage thriller that goes straight for the jugular." — People (Book of the Week)

"Masterly thriller . . . Lloyd (husband-and-wife writing team Collette Lyons and Paul Vlitos) makes the reader care about even unappealing characters, and the payoff is completely satisfying. Fans of Ruth Ware’s One by One will be riveted." — Publishers Weekly (starred review)

"The Club is something very different: a super-glamorous locked-room (locked island, really) murder mystery. . . . Glitzy and twisty, it’s tons of fun." — The Guardian

"A satisfying and multifaceted thriller. As in Lucy Foley’s smash The Guest List, readers see the plot unfold from multiple angles while the characters' dirty secrets are revealed. A perfect suggestion for lovers of locked-room and island mysteries." — Booklist

"The Club is a clever murder mystery that provides thrills and gasps galore, as well as a pointed and clear-eyed cautionary tale about the downsides of money and fame." — BookPage 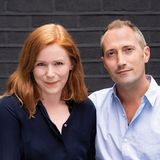 Ellery Lloyd is the pseudonym for the London-based husband-and-wife writing team of Collette Lyons and Paul Vlitos. Collette is a journalist and editor, the former content director of Elle (UK), and editorial director at Soho House. She has written for The Guardian, The Telegraph, and the Sunday Times. Paul is the author of two previous novels, Welcome to the Working Week and Every Day Is Like Sunday. He is the subject leader for English literature, film, and creative writing at the University of Surrey.

Other Works by Ellery Lloyd