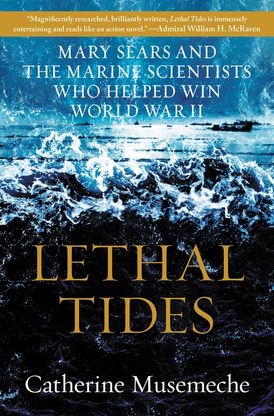 "Magnificently researched, brilliantly written, Lethal Tides is immensely entertaining and reads like an action novel. Catherine Musemeche has brought to life the incredible work of the scientists and researchers who made such a remarkable contribution to America’s war effort in the Pacific theater during WWII.” —Admiral William H. McRaven (U.S. Navy, Ret.), #1 New York Times bestselling author of Make Your Bed and The Hero Code

Lethal Tides tells the story of the virtually unknown Mary Sears, “the first oceanographer of the Navy,” whose groundbreaking oceanographic research led the U.S. to victory in the Pacific theater during World War II.

In Lethal Tides, Catherine Musemeche weaves together science, biography, and military history in the compelling story of an unsung woman who had a dramatic effect on the U.S. Navy’s success against Japan in WWII, creating an intelligence-gathering juggernaut based on the new science of oceanography.

When World War II began, the U.S. Navy was unprepared to enact its island-hopping strategy to reach Japan. Anticipating tides, planning for coral reefs, and preparing for enemy fire was new ground for them, and with lives at stake it was ground that had to be covered quickly. Mary Sears, a marine biologist, was the untapped talent they turned to, and she along with a team of quirky marine scientists were instrumental in turning the tide of the war in the United States’ favor.

The Sears team analyzed ocean currents, made wave and tide predictions, identified zones of bioluminescence, mapped deep-water levels where submarines could hide and gathered information about the topography and surf conditions surrounding the Pacific islands and Japan. Sears was frequently called upon to make middle-of-the-night calculations for last-minute top-secret landing destinations and boldly predicted optimal landing times and locations for amphibious invasions.

In supplying these crucial details, Sears and her team played a major role in averting catastrophes that plagued earlier amphibious landings, like the disastrous Tarawa, and cleared a path to Okinawa, the last major battle of World War II.

"Magnificently researched, brilliantly written, Lethal Tides is immensely entertaining and reads like an action novel. Catherine Musemeche has brought to life the incredible work of the scientists and researchers who made such a remarkable contribution to America’s war effort in the Pacific theater during WWII.” — Admiral William H. McRaven (U.S. Navy, Ret.), #1 New York Times bestselling author of Make Your Bed and The Hero Code

"[An] impressive and inspiring portrait....The result is a rousing account of talent, intelligence, and commitment overcoming prejudice." — Publishers Weekly

"Musemeche fully illuminates the critical yet rarely recognized work of ocean scientists during WWII. The science is compelling and artfully explained, while Musemeche's revelations about the sexism Sears dealt with is particularly stunning. Engaging, intriguing, and surprising, this is a title women's studies and history fans will love." — Booklist

"An engaging, thorough story about a worthwhile subject. This biography beautifully captures the energy, sacrifice, and commitment of military personnel working in the U.S. in the 1940s and makes clear the importance of their scientific contributions to the outcome of World War II." — Library Journal

“This compelling story of the US Navy's groundbreaking first female oceanographer and the team she assembled illuminates how they weaponized their understanding of maritime environments to save the lives of innumerable WWII sailors and Marines. Lethal Tides is dramatic proof of how the best amongst us can have a profound impact in the most unexpected ways.” — Richard Danzig, 71st Secretary of the Navy 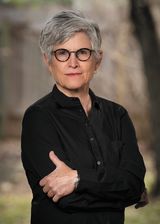 Catherine “Kate” Musemeche trained at one of the elite children’s hospitals in the country, Children’s Memorial Hospital of Northwestern University in Chicago and has been a pediatric surgeon for more than three decades. Musemeche also has an MBA from the Anderson School of Management at the University of New Mexico and a JD from the University of Texas School of Law. Musemeche’s first book, Small, was longlisted for the E.O. Wilson/Pen American Literary Science Award and was awarded the Texas Writer’s League Discovery Prize for Nonfiction in 2015. She has also contributed to the New York Times’ “Motherlode” blog, KevinMD.com and EMS World. She lives in Austin, Texas.

Other Works by Catherine Musemeche