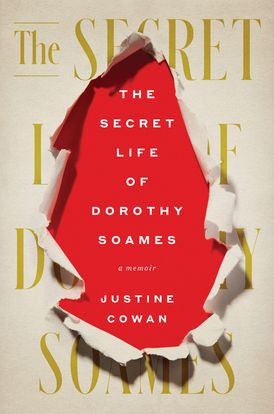 A riveting family drama evocative of Angela’s Ashes and The Glass Castle, about a woman who discovers the shocking secret at the center of her mother’s life.

Justine had always been told that her mother came from royal blood. The proof could be found in her mother’s elegance, her uppercrust London accent—and in a cryptic letter hinting at her claim to a country estate. But beneath the polished veneer lay a fearsome, unpredictable temper that drove Justine from home the moment she was old enough to escape. Years later, when her mother sent her an envelope filled with secrets from the past, Justine buried it in the back of an old filing cabinet.

Overcome with grief after her mother’s death, Justine found herself drawn back to that envelope. Its contents revealed a mystery that stretched back to the early years of World War II and beyond, into the dark corridors of the Hospital for the Maintenance and Education of Exposed and Deserted Young Children. Established in the eighteenth century to raise “bastard” children to clean chamber pots for England’s ruling class, the institution was tied to some of history’s most influential figures and events. From its role in the development of solitary confinement and human medical experimentation to the creation of the British Museum and the Royal Academy of Arts, its impact on Western culture continues to reverberate. It was also the environment that shaped a young girl known as Dorothy Soames, who bravely withstood years of physical and emotional abuse at the hands of a sadistic headmistress—a resilient child who dreamed of escape as German bombers rained death from the skies.

Heartbreaking, surprising, and unforgettable, The Secret Life of Dorothy Soames is the true story of one woman’s quest to understand the secrets that had poisoned her mother’s mind, and her startling discovery that her family’s fate had been sealed centuries before.

"The Secret Life of Dorothy Soames is the gripping true story of a daughter’s quest to find the truth about her mother’s origins—and, in the process, come to terms with her own life and choices. As she uncovers an increasingly dramatic tale of abuse, escape, and recovery, Justine Cowan must grapple with her complex feelings about this woman who, as she comes to learn, never had a real childhood of her own.  A riveting, heartbreaking, and ultimately healing journey of discovery."   - Christina Baker Kline, author of #1 New York Times bestseller Orphan Train

"Part investigative journalism, part emotional excavation, this breathtaking and heartbreaking book tells the story of a daughter’s need to understand her difficult mother. An unexpected and original addition to the mother/daughter memoir oeuvre, The Secret Life of Dorothy Soames is both moving and artful, rewarding its readers page after page." - Adrienne Brodeur, bestselling author of Wild Game: My Mother, Her Secret and Me 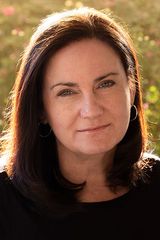 Justine Cowan is an attorney and environmentalist who spent over two decades exposing corporate corruption and holding polluters accountable. A graduate of UC Berkeley and Duke University School of Law, she lives with her husband in Atlanta, Georgia. The Secret Life of Dorothy Soames is her first book.

Other Works by Justine Cowan