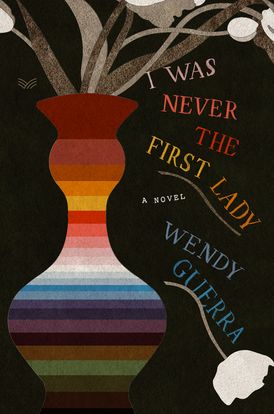 “I Was Never The First Lady stitches together threads of island and identity until they became one and the same…Guerra’s own unpredictable book is haunting, complicated, [and] linguistically beautiful.” -- The New York Times

A lush, sensuous, and original tale of family, love, and history, set against the backdrop of the Cuban Revolution and its aftermath.

Nadia Guerra’s mother, Albis Torres, left when Nadia was just ten years old. Growing up, the proponents of revolution promised a better future. Now that she’s an adult, Nadia finds that life in Havana hasn’t quite matched its promise; instead it has stifled her rebellious and artistic desires. Each night she DJs a radio show government censors block from broadcasting. Frustrated, Nadia finds hope and a way out when she wins a scholarship to study in Russia.

Leaving Cuba offers her the chance to find her long lost mother and her real father. But as she embarks on a journey east, Nadia soon begins to question everything she thought she knew and understood about her past.

As Nadia discovers more about her family, her fate becomes entwined with that of Celia Sanchez, an icon of the Cuban Revolution—a resistance fighter, ingenious spy, and the rumored lover of Fidel Castro. A tale of revolutionary ideals and promise, Celia’s story interweaves with Nadia’s search for meaning, and eventually reveals secrets Nadia could never have dreamed.

Translated from the Spanish by Achy Obejas

“I Was Never The First Lady stitches together threads of island and identity until they became one and the same…Guerra’s own unpredictable book is haunting, complicated, [and] linguistically beautiful.” - New York Times

"Guerra’s novel is a grand if bittersweet valentine to Cuba." - Kirkus Reviews

“…A revelatory tale of the Cuban Revolution’s impact on a family. […] Guerra holds the reader’s attention by evoking Cuba’s political tempest in Havana’s humid, salty air. It adds up to an effectively moody, intimate story.”  - Publishers Weekly

"A multilayered novel...Nadia's, her mother's, and Celia's stories provide fascinating insights into the female dimension of an infamously macho revolution."
- Booklist

"This is Wendy Guerra at her best. I Was Never The First Lady is a beautiful, disturbing, intimately-told novel about the existential orphanhood of women in a Cuba where Fidel’s Castro’s revolution has upended notions of family, individual identity and national belonging. Unforgettable." - Jon Lee Anderson, author of CHE GUEVARA: A REVOLUTIONARY LIFE 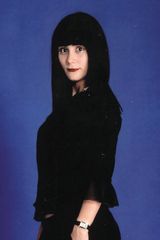 Wendy Guerra is a Cuban poet and novelist who has contributed to different magazines and newspapers, including the Spanish daily El Mundo and the Miami Herald, where she currently writes about arts and literature. Her first collection of poetry, Platea a oscuras, earned her a prize from the University of Havana when she was just seventeen, and she won the Bruguera Prize. Although her novels have been translated into several languages, only one of them has been published in Cuba. She has always lived in Havana.

Other Works by Wendy Guerra