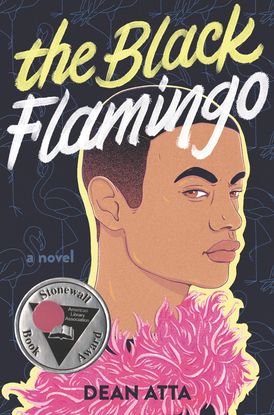 A fierce coming-of-age verse novel about identity and the power of drag, from acclaimed poet and performer Dean Atta. Perfect for fans of Elizabeth Acevedo, Jason Reynolds, and Kacen Callender.

Michael is a mixed-race gay teen growing up in London. All his life, he’s navigated what it means to be Greek-Cypriot and Jamaican—but never quite feeling Greek or Black enough.

As he gets older, Michael’s coming out is only the start of learning who he is and where he fits in. When he discovers the Drag Society, he finally finds where he belongs—and the Black Flamingo is born.

Told with raw honesty, insight, and lyricism, this debut explores the layers of identity that make us who we are—and allow us to shine.

"In this uplifting coming-of-age novel told in accessible verse, Atta chronicles the growth and glory of Michael Angeli, a mixed-race kid from London, as he navigates his cultural identity as Cypriot and Jamaican as well as his emerging sexuality." (Publishers Weekly, "An Anti-Racist Children's and YA Reading List")

"Atta’s story uplifts as it informs and entertains as it affirms.” - Publishers Weekly (starred review)

“A triumphant and emotional story about standing up for and embracing oneself that readers of any orientation and ethnicity will relate to.” - School Library Journal (starred review)

“Winner of the 2020 Stonewall Book Award, this British verse novel by a poet and drag performer offers a welcome exploration of the intersections of race, gender, and sexuality…. [A] memorable YA debut.”  - Horn Book Magazine

"Captures its audience from the very first page, with verse poetry that grows and matures alongside its protagonist…. Michael’s internal dissonances are relatable on the most human level, leaving readers in a state of ultimate euphoria when he finally finds family in the Drag Society.”  - ALA Booklist

“A novel in verse, Michael’s tale explores how our identities and our discomfort mold us. Winner of the prestigious Stonewall Book Award, Atta’s thick debut novel is a fast read about a young man learning to feel comfortable in his own skin.” - them.

"The Black Flamingo is an essential addition to the canon of queer coming-of-age stories. Dean Atta has gifted us with words that are lyrical, hilarious and intimate. I’m obsessed with this book and you will be too." - Abdi Nazemian, author of Like a Love Story

“Celebratory and passionate, Atta’s bold verse novel calls to its readers to find their own blazing, performative inner truth”   - The Guardian

“Bold and joyous hymn to self-discover and acceptance” - Bookseller (UK) 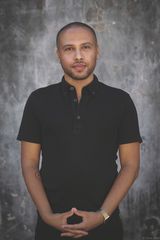 Dean Atta’s poems deal with themes of race, gender, and identity. He regularly performs across the UK and internationally and his work has been shortlisted for the Polari First Book Prize and appeared on MTV and BET. The Black Flamingo is his debut YA novel. You can find him online at www.deanatta.com.

Other Works by Dean Atta