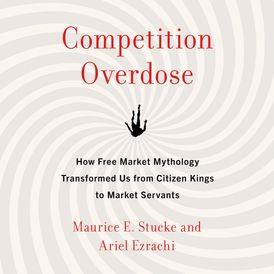 Using dozens of vivid examples to show how society overprescribed competition as a solution and when unbridled rivalry hurts consumers, kills entrepreneurship, and increases economic inequality, two free-market thinkers diagnose the sickness caused by competition overdose and provide remedies that will promote sustainable growth and progress for everyone, not just wealthy shareholders and those at the top.

Whatever illness our society suffers, competition is the remedy. Do we want better schools for our children? Cheaper prices for everything? More choices in the marketplace? The answer is always: Increase competition.

Yet, many of us are unhappy with the results. We think we’re paying less, but we’re getting much less. Our food has undeclared additives (or worse), our drinking water contains toxic chemicals, our hotel bills reveal surprise additions, our kids’ schools are failing, our activities are tracked so that advertisers can target us with relentless promotions. All will be cured, we are told, by increasing the competitive pressure and defanging the bloated regulatory state.

In a captivating exposé, Maurice E. Stucke and Ariel Ezrachi show how we are falling prey to greed, chicanery, and cronyism. Refuting the almost religious belief in rivalry as the vehicle for prosperity, the authors identify the powerful corporations, lobbyists, and lawmakers responsible for pushing this toxic competition—and argue instead for a healthier, even nobler, form of competition.

Competition Overdose diagnoses the disease—and provides a cure for it. 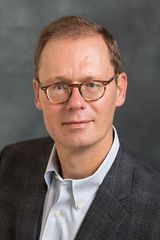 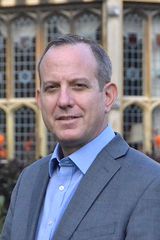 Ariel Ezrachi is the Slaughter and May Professor of Competition Law and a Fellow of Pembroke College, Oxford. He serves as the Director of the University of Oxford Centre for Competition Law and Policy. He is co-editor-in-chief of the Journal of Antitrust Enforcement (OUP) and the author, co-author, editor and co-editor of numerous books, including Virtual Competition - The Promise and Perils of the Algorithm Driven Economy (2016, Harvard), EU Competition Law - An Analytical Guide to the Leading Cases (6th ed, 2018, Hart), Global Antitrust Compliance Handbook (2014, OUP), Research Handbook on International Competition Law (2012 EE), Intellectual Property and Competition Law: New Frontiers (2011, OUP), Criminalising Cartels: Critical Studies of an International Regulatory Movement (2011, Hart), Article 82 EC - Reflections on its recent evolution (2009, Hart) and Private Labels, Brands and Competition Policy (2009, OUP).​His research and commentary have been featured in The Economist, The New Yorker, Wall Street Journal, Financial Times, The Guardian (opinion), The Guardian, Nikkei, Times Higher Education, Harvard Business Review, HBR (2), Berkeley Technology Law Journal, Chicago University Pro Market, New Scientist, Politico, OBLB, WIRED, Click - BBC, CPI, Concurrences, The Scotsman, The Times, Fast Company, Nesta, UNCTAD, OECD, Forbes, Factor, The Australian, NRC 2016, NRC 2018, Business Insider, CMS Wire, Cited, IAI, Les Echos, ACCC, ZDnet, and other international outlets. His work on algorithmic collusion (together with Prof Stucke) has been central to policy discussions in international organisations and competition agencies (including, among others, the CMA, OECD, UN, House of Lords, Monopolkommission).Prof. Ezrachi develops training and capacity building programmes in competition law and policy for the private and public sectors, including training programmes for European judges endorsed and subsidised by the European Commission. He is an Academic Advisor to the European Consumer Organisation - BEUC, member of the Independent Committee on Digital Platforms, member of UNCTAD Research Partnership Platform, and a former Non-Governmental Advisor to the ICN.

Other Works by Ariel Ezrachi

Diversify: An award-winning guide to why inclusion is better for everyone

Business Through the Eyes of Faith

Tales from the Boom-Boom Room