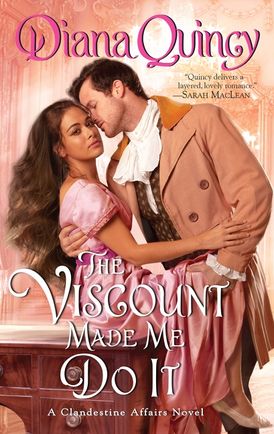 Diana Quincy returns with the second novel in her Clandestine Affairs series featuring a steamy romance between a working class London bonesetter who is dangerously attracted to her mysterious noble client.

A seduction that could ruin everything . . .

Hanna Zaydan has fought to become London’s finest bonesetter, but her appealing new patient threatens to destroy everything she’s worked so hard for. With each appointment, the daughter of foreign merchants is slowly seduced by the mysterious former soldier. She’s smart enough to know Griff is after more than he’ll reveal, but whatever it is, the bonesetter’s growing desire for the man just might tempt her to give it to him.

An attraction that cannot be denied . . .

Rumors that he killed his own parents have followed Thomas Ellis, Viscount Griffin, practically since he was a boy. More than a decade after the tragedy, Griff receives a tip about his parents’ killer . . . one that takes him straight to a beautiful bonesetter. Griff is convinced Hanna is a fraud, but she stirs genuine feelings in him that he thought had perished along with his family.

Hanna has a gift for fixing fractured people, but can she also mend a broken heart? More importantly, will Griff let her?

"Entrancing... As in book one, mutual pining is the driving force here, keeping the romantic tension high and the passion sizzling until the end. Fans will be pleased to see the series going strong." — Publishers Weekly

"...a classic Regency romance. What sets it apart is Hanna, a strongly written heroine who embodies a community and a career that aren’t often seen in the subgenre...those who enjoyed the unique perspective of Her Night With the Duke (2020) will appreciate this one as well." — Kirkus Reviews

“Her Night with the Duke is an original story that will grab you from the first page and not let go. The angst level is deliciously high and I had no idea how Leela and Hunt were going to work this out... This is a book not to be missed!” — Joanna Shupe, award-winning author of The Devil of Downtown

“Leela and Hunt’s amorous scenes are page-turners, but it’s Quincy’s extraordinary ability to convey complex emotions that sets the book apart.”  — Kirkus Reviews (starred review) on Her Night with a Duke

“Quincy cleverly incorporates much-loved genre tropes into the daringly sensual plot of her print romance debut, and this combined with the refreshingly original, boldly adventurous heroine, who fully embraces her Middle Eastern family origins, makes this marvelously entertaining love story.”  — Booklist (starred review) on Her Night with a Duke

“Quincy (‘Rebellious Brides’ series) delivers a steamy Regency fraught with family discord as well as societal and racial prejudices. This gripping series starter ultimately triumphs with an honorable hero and a spirited Anglo-Arab heroine who fights for acceptance and love on her own terms.”  — Library Journal (starred review) on Her Night with a Duke 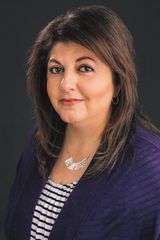 Bestselling author Diana Quincy is an award-winning former television journalist who decided to make up stories where a happy ending is always guaranteed. Her books have been included on "Best of" lists in Library Journal and The Washington Post.

As a U.S. Foreign Service brat, Diana grew up all over the world, but is now happily settled in Virginia with her husband and two sons. When not bent over her laptop, Diana spends time with her family, reads, practices yoga and plots her next travel adventure.

Other Works by Diana Quincy

The Marquess Makes His Move

Her Night with the Duke