I Have Been Buried Under Years of Dust

A Memoir of Autism and Hope 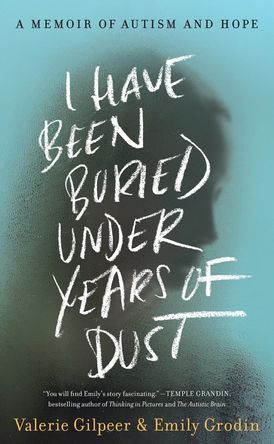 I Have Been Buried Under Years of Dust

A Memoir of Autism and Hope

A remarkable memoir by a mother and her autistic daughter who’d long been unable to communicate—until a miraculous breakthrough revealed a young woman with a rich and creative interior life, a poet, who’d been trapped inside for more than two decades.

“I have been buried under years of dust and now I have so much to say.”

These were the first words twenty-five-year-old Emily Grodin ever wrote. Born with nonverbal autism, Emily’s only means of communicating for a quarter of a century had been only one-word responses or physical gestures.

That Emily was intelligent had never been in question—from an early age she’d shown clear signs that she understood what was going on though she could not express herself. Her parents, Valerie and Tom, sought every therapy possible in the hope that Emily would one day be able to reveal herself. When this miraculous breakthrough occurred, Emily was finally able to give insight into the life, frustrations, and joys of a person with autism. She could tell her parents what her younger years had been like and reveal all the emotions and intelligence residing within her; she became their guide into the autistic experience.

Told by Valerie, with insights and stories and poetry from Emily, I Have Been Buried Under Years of Dust highlights key moments of Emily’s childhood that led to her communication awakening—and how her ability rapidly accelerated after she wrote that first sentence. As Valerie tells her family’s story, she shares the knowledge she’s gained from working as a legal advocate for families affected by autism and other neurological disorders.

A story of unconditional love, faith in the face of difficulty, and the grace of perseverance and acceptance, I Have Been Buried Under Years of Dust is an evocative and affecting mother-daughter memoir of learning to see each other for who they are. 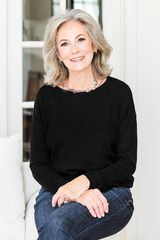 Valerie Gilpeer is an attorney who has been practicing law for forty years. She shifted her civil law practice twenty years ago in favor of representing families of disabled children trying to obtain educational services from local school districts. She has continued to focus on disability rights law through her volunteer work with several nonprofit organizations in the Los Angeles area. Valerie and Emily live with Tom Grodin, her husband and Emily’s dad, in Encino, California. 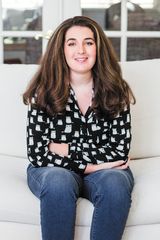 Emily Grodin is a college student studying journalism, psychology, and creative writing and has been recognized for her academic achievement. She has been featured in Leaders Around Me and published in Amuse-Bouche. Emily is an advocate for herself and members of her community in an effort to dispel the misconceptions and nonacceptance of those with autism.

Other Works by Emily Grodin