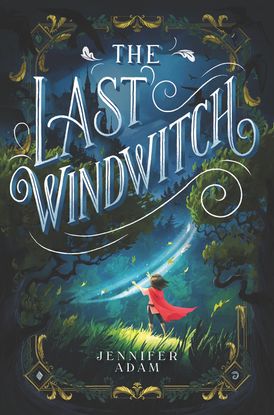 Fans of Shannon Hale and Kelly Barnhill will delight in this charming and richly imagined middle grade fantasy debut, featuring a wicked queen, magical animals, a henchman with a golden heart, and a small girl with a great destiny.

Many years ago, in the kingdom of Fenwood Reach, there was a powerful Windwitch who wove the seasons, keeping the land bountiful and the people happy. But then a dark magic drove her from the realm, and the world fell into chaos.

Brida is content in her small village of Oak Hollow. There, she’s plenty occupied trying to convince her fickle magic to actually do what it’s meant to in her work as a hedgewitch’s apprentice—until she accidentally catches the attention of the wicked queen.

On the run from the queen’s huntsman and her all-seeing Crow spies, Brida discovers the truth about her family, her magic, and who she is destined to be—and that she may hold the power to defeating the wicked queen and setting the kingdom right again.

“Brida’s unusual magic [is] beautifully described……Readers will appreciate the emphasis on individual kindness and widespread cooperation between different kinds of magic users and ordinary people united against oppression and cruelty.” — Bulletin of the Center for Children’s Books 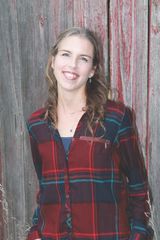 Jennifer Adam adopts and rides wild mustangs off the western rangelands when she’s not busy writing and researching. Living on a third-generation farm in Missouri with her husband and children has taught her a deep reverence for nature and the weather, which also tends to weave its way into her stories. She has had a variety of short stories, essays, and poetry published in magazines and anthologies. She is the author of The Last Windwitch and the upcoming Lark and the Wild Hunt, and you can learn more about her at www.jenniferfrancesadam.com.

Other Works by Jennifer Adam

Lark and the Wild Hunt