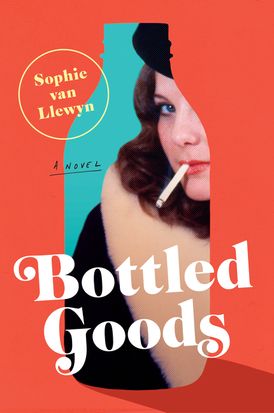 Longlisted for the 2019 Women’s Prize, this poignant, lyrical novel is set in 1970s Romania during Communist dictator Nicolae Ceausescu’s regime—and depicts childhood, marriage, family, and identity in the face of extreme obstacles.

Alina yearns for freedom. She and her husband Liviu are teachers in their twenties, living under the repressive regime of Communist dictator Nicolae Ceausescu in the Socialist Republic of Romania in the 1970s. But after her brother-in-law defects, Alina and Liviu fall under suspicion and surveillance, and their lives are suddenly turned upside down—just like the glasses in her superstitious Aunt Theresa's house that are used to ward off evil spirits.

But Alina's evil spirits are more corporeal: a suffocating, manipulative mother; a student who accuses her; and a menacing Secret Services agent who makes one-too-many visits. As the couple continues to be harassed, their marriage soon deteriorates. With the government watching—and most likely listening— escape seems impossible . . . until Alina’s mystical aunt proposes a surprising solution to reduce her problems to a manageable size.

Weaving elements of magic realism, Romanian folklore, and Kafkaesque paranoia into a gritty and moving depiction of one woman's struggle for personal and political freedom, Bottled Goods is written in short bursts of “flash fiction” and explores universal themes of empowerment, liberty, family, and loyalty.

&#8220A lovely, funny, sad and informative book...It almost reads like a Wes Anderson film” - Dolly Alderton, author of international bestseller Everything I Know About Love

“The chapters are as brief and intense as flashes of lightning in a storm. So is van Llewyn’s prose. . . . the novel is a strikingly original work.  Taut, searing, and sharp, van Llewyn’s novel is a lyrical jewel.”  - Kirkus Reviews

"Drawing on Romanian folklore and a few touches of magic realism, this novella-in-flash-fiction by the Romanian-born van Llewyn is a wonder." - Library Journal (starred review)

“Sophie van Llewyn’s stunning debut novella shows us there is no dystopian fiction as frightening as that which draws on history” - Christina Dalcher, author of VOX

“A story to savour, to smile at, to rage against and to weep over.” - Zoe Gilbert, author of Folk

“Sophie van Llewyn has brought light into an era which cast a long shadow.” - Joanna Campbell, author of When Planets Slip Their Tracks

“A tour de force, a harrowing and ultimately triumphant story, a must-read by a masterful writer.” - Christopher Allen, author of Other Household Toxins