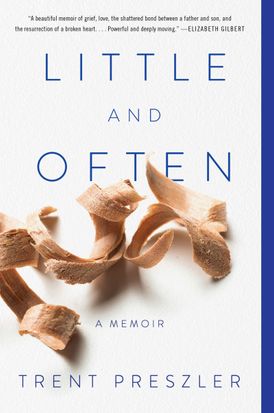 “Little and Often is a beautiful memoir of grief, love, the shattered bond between a father and son, and the resurrection of a broken heart. Trent Preszler tells his story with the same level of art and craftsmanship that he brings to his boat making, and he reminds us of creativity’s power to transform and heal our lives. This is a powerful and deeply moving book. I won’t soon forget it.”   —Elizabeth Gilbert

Trent Preszler thought he was living the life he always wanted, with a job at a winery and a seaside Long Island home, when he was called back to the life he left behind. After years of estrangement, his cancer-stricken father had invited him to South Dakota for Thanksgiving. It would be the last time he saw his father alive.

Preszler’s only inheritance was a beat-up wooden toolbox that had belonged to his father, who was a cattle rancher, rodeo champion, and Vietnam War Bronze Star Medal recipient. This family heirloom befuddled Preszler. He did not work with his hands—but maybe that was the point. In his grief, he wondered if there was still a way to understand his father, and with that came an epiphany: he would make something with his inheritance. Having no experience or training in woodcraft, driven only by blind will, he decided to build a wooden canoe, and he would aim to paddle it on the first anniversary of his father’s death.

While Preszler taught himself how to use his father’s tools, he confronted unexpected revelations about his father’s secret history and his own struggle for self-respect. The grueling challenges of boatbuilding tested his limits, but the canoe became his sole consolation. Gradually, Preszler learned what working with his hands offered: a different per­spective on life, and the means to change it.

Little and Often is an unflinching account of bereavement and a stirring reflection on the complexities of inheritance. Between his past and his present, and between America’s heartland and its coasts, Preszler shows how one can achieve reconciliation through the healing power of creativity.

“Little and Often is a beautiful memoir of grief, love, the shattered bond between a father and son, and the resurrection of a broken heart. Trent Preszler tells his story with the same level of art and craftsmanship that he brings to his boat making, and he reminds us of creativity’s power to transform and heal our lives. This is a powerful and deeply moving book. I won’t soon forget it.” - Elizabeth Gilbert

“The woodworking is rich and beyond impressive, but Preszler’s humble soul work is utterly transcendent. Courageous. Genuine. Cathartic. Will restore your faith in forgiveness. Will make you believe in grace.”  - Matthew Quick, New York Times bestselling author of The Silver Linings Playbook and The Reason You’re Alive

“An impressive memoir, and a richly rendered tale. I thought (with relish) that I was getting a book about wood and tools, but the canoe built herein is merely the vessel carrying the buoyant narrative about a father and son, a mother and sister, love, hard work, wine, boats and a dog. I may have grown misty at one point.” - Nick Offerman, actor and New York Times bestselling author

"Sometimes a writer goes on a journey in order to write a book. More rarely, a writer writes a book in order to go on a journey. Little and Often belongs to that latter category of memoir, built from the inside out. In Trent Preszler's hands, we are smoothed, soothed, and made anew as he peels back layer after layer of his grief and loss until there is only love and forgiveness. This is an unforgettable story of a father's final, life-altering gift to his son." - Dani Shapiro, New York Times bestselling author of Inheritance

“Trent Preszler’s beautiful, compelling memoir tells of his struggle that spans a divided country and family alike. The writing is simple and elegant, harkening back to great American writers such as John Williams and Willa Cather. The expanse between South Dakota, New York City, and finally the North Fork of Long Island is enormous for a young gay man struggling with his father’s legacy. It’s a tenderly wrought tale of coming to terms with our past that will resonate no matter who you are.” - Isaac Mizrahi, fashion designer and host of Project Runway

"Masterful. With Little and Often, Trent Preszler gives us not only a memoir of sons and fathers, acceptance and reconciliation, but also a stirring meditation on objects, their memories, and the complexities of inheritance. The prose is crystalline, and Preszler's voice is as sure as the steadiest canoe." - Grant Ginder, author of The People We Hate at the Wedding and Honestly, We Meant Well

“Little and Often is a meditation on spiritual growth, nature’s magic, the love for family, regret, and the redemptive power of craftsmanship. I have the highest regard for Trent’s courage in writing this big and beautiful memoir. It’s a soulful and sometimes gut-wrenching story of the difficult relationships between fathers and sons. This gem couldn’t be more relevant to the times we live in today.” - Kevin O’Connor, host of ‘This Old House’ on PBS 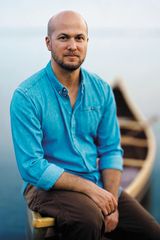 Other Works by Trent Preszler