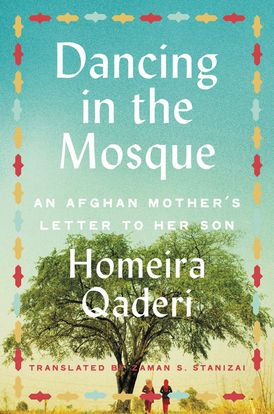 “How does a girl grow to be a woman in a society that shuts off every opportunity? How does a mother choose between her child and the future, not just her future but that of the women of Afghanistan? Homeira Qaderi answers these impossible questions in her stunning memoir, Dancing in the Mosque—one of the most moving love letters to life itself that you will ever read.”  — Meg Waite Clayton, author of The Last Train to London

"A stunning reminder that stories and words are what sustain us, even—and perhaps especially—under the most frightening circumstances." — New York Times

"An unvarnished, memorable portrayal of a mother’s grief and love." — Kirkus Reviews (starred review) Best of the year 2020, Nonfiction

“Dancing in the Mosque is a remarkable story of great strength, perseverance, and personal sacrifice by a woman selflessly working to advance the rights of women in her homeland of Afghanistan, women and girls who yearn to be free. I so admire Homeira Qaderi's writing, but even more her courage.  I wept when I read the words, " in this land, it is better to be a stone than a girl." Thank you, Homeira, for telling a story that everyone needs to read." — Deborah Rodriquez, author of New York Times bestseller The Kabul Beauty School and Little Coffee Shop in Kabul

“A modern-day Sophie's Choice, this memoir about a mother's love for her child and country is heartbreaking, but also triumphantly hopeful and inspiring. Thank God for courageous women like Homeira Qaderi.” — Thrity Umrigar, bestselling author of The Secrets Between Us

“'God never answers the prayers of girls,' the Afghan writer Homeira Qaderi was told when the Taliban invaded her native city of Herat. But her new book, Dancing in the Mosque, is a kind of answered prayer born of her courage, indomitable will, and storytelling gifts. In this remarkable blend of memoir and anguished letter in exile to a son she cannot see, Qaderi reminds us that the pen is mightier than the sword, especially when it is in the hands of a writer who invites her readers to dance in the mosque." — Christopher Merrill, author of Self-Portrait with Dogwood 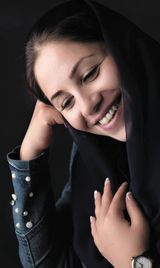