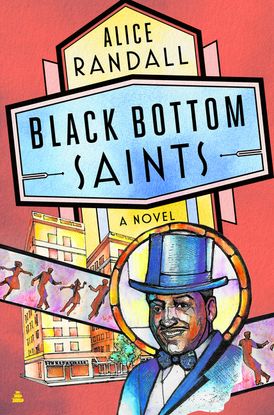 From the Great Depression through the post-World War II years, Joseph “Ziggy” Johnson, has been the pulse of Detroit’s famous Black Bottom. A celebrated gossip columnist for the city’s African-American newspaper, the Michigan Chronicle, he is also the emcee of one of the hottest night clubs, where he’s rubbed elbows with the legendary black artists of the era, including Ethel Waters, Billy Eckstein, and Count Basie. Ziggy is also the founder and dean of the Ziggy Johnson School of Theater. But now the doyen of Black Bottom is ready to hang up his many dapper hats.

As he lays dying in the black-owned-and-operated Kirkwood Hospital, Ziggy reflects on his life, the community that was the center of his world, and the remarkable people who helped shape it.

Inspired by the Catholic Saints Day Books, Ziggy curates his own list of Black Bottom’s venerable "52 Saints." Among them are a vulnerable Dinah Washington, a defiant Joe  Louis, and a raucous Bricktop. Randall balances the stories of these larger-than-life "Saints" with local heroes who became household names, enthralling men and women whose unstoppable ambition, love of style, and faith in community made this black Midwestern neighborhood the rival of New York City’s Harlem.

Accompanying these “tributes” are thoughtfully paired cocktails—special drinks that capture the essence of each of Ziggy’s saints—libations as strong and satisfying as Alice Randall’s wholly original view of a place and time unlike any other.

"I cannot tell you how much I appreciate and really love this book. So many stories, our stories, Mom's, Bricktop Valda Grey...so many of us NEED to know these stories. Brava, Bravo!" - Whoopi Goldberg

"Black Bottom Saints is easily the most inventive and musical novel I've read in a decade. Alice Randall has rewritten and re-energized the rules of the American novel!" - Kiese Laymon, author of Long Division and Heavy, Professor of English and Creative Writing, University of Mississippi

“Alice Randall’s Black Bottom Saints arrives at a critical moment in our nation’s history, and it’s exactly the right book for our times—an entertaining and necessary act of hagiography and a singular hybrid of fiction, biography and history. I wish I could have seen Black Bottom in its heyday—and thrown back a cocktail with Ziggy Johnson--but reading Randall’s latest novel makes me feel that, actually, I have.”
- Jay McInerney, author of Bright Lights, Big City and The Good Life

"Alice Randall has done it again! Black Bottom Saints sneaks up on you--telling you the rich story of Black Michigan and Black Detroit in a way that has never been told before. Detroit is not just Motown. Detroit is a stronghold of black America and black culture.  This book tells the story. The characters, so rich, the story so strong, so complex.  This book is instantly an American classic.  Randall is at the top of her form." - Randall Kenan, author of A Visitation of Spirits, Professor of English and Comparative Literature, University of North Carolina

"Black Bottom Saints is a tour-de-force; a toast to a mystical, gritty place; a tableau of Black arts and culture centering on Detroit City. Within these finely crafted and luminous pages that readers will never want to leave, Randall has resurrected a lost glitter world. Here, Detroit’s original and best Black neighborhood, with its brilliant, yearning, brave, maddening, and ultimately mortal residents, bursts to colorful life in a flash of incomparable style. This is a ritual calling forth of the blazing spirits of bygone breadwinners, reminding  Detroiters, and all Black Americans, that 'Once upon a time, we did it.'" - Tiya Miles, author of The Dawn of Detroit and Professor of History,  Harvard University

“A rambunctious portrait of the “caramel Camelot” that was Detroit’s Black Bottom neighborhood from the late 1930s to the late 1960s." - New York Times

“Alluring cocktail of a novel."  - O, the Oprah Magazine

“…no book has ever brought Detroit’s Black Camelot as radiantly to life as Alice Randall’s Black Bottom Saints." - New York Journal of Books

“This works as a memorable love letter to Detroit, as well as a remarkable tableau.” - Publishers Weekly

“an exuberant celebration of the arts…”  - Booklist

“Randall writes this genre-bending story of black achievement with all the zing and fizz of the cocktail recipes sprinkled among the prose profiles of the community’s 'saint' figures – all of whom, including the narrator, are fictionalised versions of real people.” - Monocle Magazine 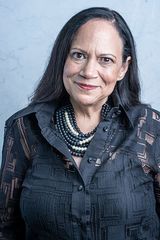 Alice Randall is the Harvard-educated author of novels, including The Wind Done Gone, Pushkin and the Queen of Spades, Rebel Yell, and Ada's Rules. An award-winning songwriter, she co-wrote the #1 hit XXX’s and OOO’s which celebrates Aretha Franklin. With her daughter, Caroline Randall Williams, she co-authored the acclaimed cookbook Soul Food Love which won the NAACP Image award and the young adult novel The Diary of B. B. Bright, Possible Princess, which received the Phillis Wheatley Award. A Professor and Writer-in-Residence at Vanderbilt University, Randall teaches courses on soul food, African-American children's literature, and African-American film. A native of Detroit, she lives in Nashville, Tennessee.

Other Works by Alice Randall