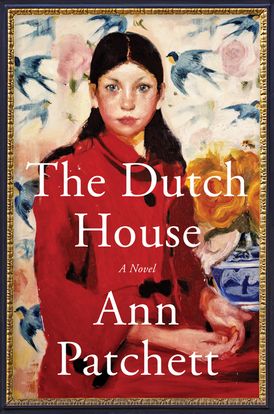 The Washington Post's 50 Notable Works of Fiction in 2019 pick

The Washington Post's Best Books of 2019

Named one of the Best Books of the Year by NPR, the Washington Post; O: The Oprah Magazine, Real Simple, Good Housekeeping, Vogue, Refinery29, and Buzzfeed

From the New York Times bestselling author of Commonwealth and State of Wonder, comes Ann Patchett’s most powerful novel to date: a richly moving story that explores the indelible bond between two siblings, the house of their childhood, and a past that will not let them go. The Dutch House is the story of a paradise lost, a tour de force that digs deeply into questions of inheritance, love and forgiveness, of how we want to see ourselves and of who we really are.

“As always, the author draws us close to her protagonists swiftly and gracefully.” - Wall Street Journal

“Patchett’s splendid novel is a thoughtful, compassionate exploration of obsession and forgiveness, what people acquire, keep, lose or give away, and what they leave behind.” - Publishers Weekly(starred review)

Our Hearts Will Burn Us Down