When They Come for the Comedians, We Are All in Trouble 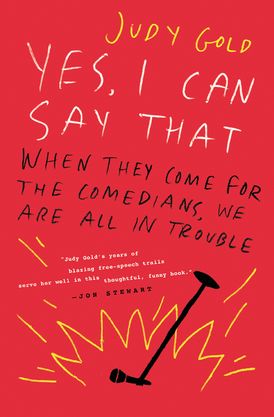 When They Come for the Comedians, We Are All in Trouble

"No one makes me laugh harder than Judy Gold. If I had to pick one comedian to write a book about free speech, it would be Judy." – Amy Schumer

From award-winning comedian Judy Gold, an equal parts thoughtful and hilarious polemic on the current efforts to censor comedians, arguing that they undermine the art—and purpose—of comedy itself.

“You can say anything that comes to mind as long as it is funny.” — Richard Pryor

The fallout after Michelle Wolf’s roast at the 2018 White House Correspondent’s Dinner, Samantha Bee’s forced apology after calling Ivanka Trump a “feckless c*nt,” Kathy Griffin’s being “blacklisted” from Hollywood after posting a photo with what looked like the president’s severed head, all represent a dangerous and growing trend—to censor comedians.

In Yes I Can Say That, comedy veteran Judy Gold argues that "no one has the right to tell comics what they can or cannot joke about…. Laughter is a unifier. It's the best medicine. It's also the most palatable way to bring up seditious, subversive topics.” For Gold, nothing is more insidious than enforcing silence and repressing jokes—the job of a comedian is to expose society's demons, and confront them head-on, no prisoners allowed. In ten impassioned polemics, she frames comedy as a tool of empowerment, a way to reclaim hateful rhetoric and battle the democracy-crushing plight of censorship.

Uninhibited and bold, Gold is as skilled at making readers laugh as she is at exposing uncomfortable truths about our culture and society. In this era of partisan politics and gaping inequalities, Yes I Can Say That is the refreshingly candid, wickedly funny and deliciously blunt manifesto we need.

"Judy Gold is one of the best black women comedians in the world. I'm both a student of her comedy and a follower of her teachings. The fact that we, the public, have a chance to read her book is perhaps the greatest gift that mankind has ever received. Read her book. Listen to her book. Freebase her book; it's incredible." — Chris Rock

"In this staunch defense of comedians, Judy skewers a corrupt administration that regards the First Amendment as a nuisance. Using years of onstage experience and an impressive knowledge of American humor, she irrefutably demonstrates the critical role comedians play in keeping us connected, informed, empowered and laughing. Also, have you met Judy? Not a big hold-er back-er. I’ve known her for years to be ridiculously funny, and she has the intellectual bona fides to get you reading every page of this book." — Kathy Griffin

"Judy Gold is the voice we need to cut through all the bullshit. I love her and she always makes me laugh. We need her now more than ever." — Margaret Cho

“Judy Gold warns us all what happens when they come for the comedians. She shows how urgent and critical it is that we, as comics, speak truth to power—before it's too late. Yes, I Can Say That is funny and insightful—pure Judy!” — Rosie O'Donnell

“The fact that the world needs a book like Yes, I Can Say That is appalling. That the marvelous Judy Gold has written it is a gift. With wisdom and unsparing clarity this book explains the crucial—yet too often overlooked—role comedians have played in in our country’s history and gives us a sane perspective on our insane society. Pick up or download this book NOW. It will make you laugh while reminding you why it’s vitally important to do so.” — Lewis Black

“Gold’s defense of comedy, filled with great jokes and stories of censored comics, is a reminder that freedom of speech is no laughing matter.” — Publisher’s Weekly

"A powerful, and powerfully funny, argument in support of how vital free speech is to comedy and comedy is to us." — Booklist 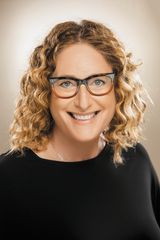 Rosie O’Donnell Show, and has starred in comedy specials on HBO, Comedy Central,

and Logo. She has also written and starred in two critically acclaimed, Off-Broadway

hit shows: The Judy Show—My Life as a Sitcom and 25 Questions for a Jewish

Mother. She is currently the host of the hit podcast Kill Me Now.

Other Works by Judy Gold