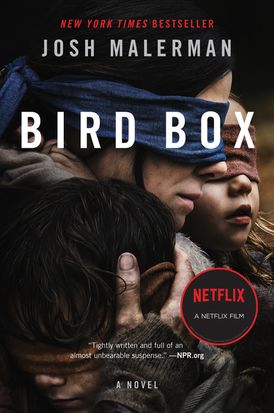 Something is out there....Something terrifying that must not be seen. One glimpse and a person is driven to deadly violence. No one knows what it is or where it came from.

Five years after it began, a handful of scattered survivors remain, including Malorie and her two young children. Living in an abandoned house near the river, Malorie has long dreamed of fleeing to a place where her family might be safe. But the journey ahead will be terrifying: twenty miles downriver in a rowboat—blindfolded. One wrong choice and they will die. And something is following them...

“A book that demands to be read in a single sitting, and through the cracks between one’s fingers. There has never been a horror story quite like this. Josh Malerman truly delivers.” - —Hugh Howey, New York Times bestselling author of Wool

“This completely compelling novel contains a thousand subtle touches but no mere flourishes-it is so well, so efficiently, so directly written I read it with real admiration. Josh Malerman does the job like a fast-talking, wised-up angel.” -Peter Straub - —Peter Straub

“[A] chilling debut… Malerman...keeps us tinglingly on edge with his cool, merciless storytelling [and] douses his tale in poetic gloom….An unsettling thriller, this earns comparisons to Hitchcock’s The Birds, as well as the finer efforts of Stephen King and cult sci-fi fantasist Jonathan Carroll.” - —Kirkus Reviews (starred review) 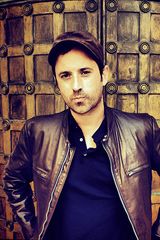 Josh Malerman is the lead singer and songwriter for the rock band The High Strung. He lives in Ferndale, Michigan.