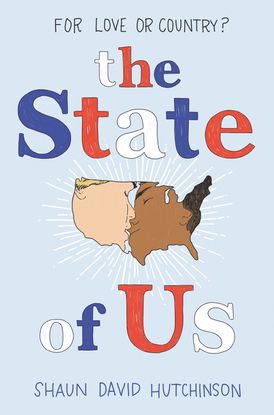 "Dre and Dean have got my vote!"—Adib Khorram, award-winning author of Darius the Great Is Not Okay

When Dean Arnault’s mother decided to run for president, it wasn’t a surprise to anyone, least of all her son. But still that doesn’t mean Dean wants to be part of the public spectacle that is the race for the White House—at least not until he meets Dre.

The only problem is that Dre Rosario's on the opposition; he’s the son of the Democratic nominee. But as Dean and Dre’s meet-ups on the campaign trail become less left to chance, their friendship quickly becomes a romantic connection unlike any either of the boys have ever known.

If it wasn’t hard enough falling in love across the aisle, the political scheming of a shady third-party candidate could cause Dean and Dre’s world to explode around them.

It’s a new modern-day, star-crossed romance about what it really means to love your country—and yourself—from the acclaimed author of We Are the Ants and Brave Face, Shaun David Hutchinson.

"Dre and Dean have got my vote!" -  Adib Khorram, award-winning author of Darius the Great Is Not Okay

"While the joyful love story is front and center, Hutchinson’s deft handling of his characters provides a perfect—and surprisingly subtle—vehicle for relating the inner journeys of queer and questioning teens, most notably Dean’s exploration of his place on the asexual spectrum. Charming, humorous, nicely paced, and never dull, this timely romance will appeal beyond its genre—a must for all collections." - Booklist (starred review)

“Two likable characters in a love-against-the-odds story that effectively takes up the well-timed issue of how to love people whose beliefs one doesn’t share.” - Publishers Weekly 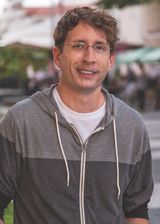 Shaun David Hutchinson is the award-winning author of several books for young adults and the editor of multiple young adult anthologies. A native Floridian, Shaun currently resides in Seattle, where he spends his free time running, baking, and designing virtual worlds. He can be found online at shaundavidhutchinson.com or on Twitter @shauniedarko.

Other Works by Shaun David Hutchinson