The Visionary Life of Buckminster Fuller 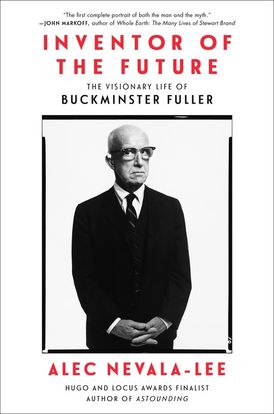 The Visionary Life of Buckminster Fuller

From Alec Nevala-Lee, the author of the Hugo and Locus Award finalist Astounding, comes a revelatory biography of the visionary designer who defined the rules of startup culture and shaped America’s idea of the future.

During his lifetime, Buckminster Fuller was hailed as one of the greatest geniuses of the twentieth century. As the architectural designer and futurist best known for the geodesic dome, he enthralled a vast popular audience, inspired devotion from both the counterculture and the establishment, and was praised as a modern Leonardo da Vinci. To his admirers, he exemplified what one man could accomplish by approaching urgent design problems using a radically unconventional set of strategies, which he based on a mystical conception of the universe’s geometry. His views on sustainability, as embodied in the image of Spaceship Earth, convinced him that it was possible to provide for all humanity through the efficient use of planetary resources. From Epcot Center to the molecule named in his honor as the buckyball, Fuller’s legacy endures to this day, and his belief in the transformative potential of technology profoundly influenced the founders of Silicon Valley.

Inventor of the Future is the first authoritative biography to cover all aspects of Fuller’s career. Drawing on meticulous research, dozens of interviews, and thousands of unpublished documents, Nevala-Lee has produced a riveting portrait that transcends the myth of Fuller as an otherworldly generalist. It reconstructs the true origins of his most famous inventions, including the Dymaxion Car, the Wichita House, and the dome itself; his fraught relationships with his students and collaborators; his interactions with Frank Lloyd Wright, Isamu Noguchi, Clare Boothe Luce, John Cage, Steve Jobs, and many others; and his tumultuous private life, in which his determination to succeed on his own terms came at an immense personal cost. In an era of accelerating change, Fuller’s example remains enormously relevant, and his lessons for designers, activists, and innovators are as powerful and essential as ever.

“Nevala-Lee draws a revealing portrait of the Buckminster Fuller behind the legend. It encompasses both Fuller’s passions and his foibles. Placing Fuller where he belongs in the pantheon of America’s inventors, Inventor of the Future is the first complete portrait of both the man and the myth.” — John Markoff, author of Whole Earth: The Many Lives of Stewart Brand

"This is a deceptively artful book of circuitous tensions and great circles (which the author uses as beautiful chapter titles and section headings) where, finally, all the loops and time-bends of Buckminster Fuller's improbable life come close to merging into one." — Paul Hendrickson, author of Plagued by Fire: The Dreams and Furies of Frank Lloyd Wright

"Nevala-Lee brings back to life one of the most influential American minds of the twentieth century—revealing both the brilliance and the flaws that are contributing to the bold and radical technological reimagining of how we think and live." — David Edwards, author of Creating Things That Matter: The Art and Science of Innovations That Last 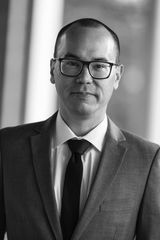 Alec Nevala-Lee was born in Castro Valley, California, and graduated from Harvard University with a bachelor’s degree in classics. He was a 2019 Hugo and Locus Award finalist for Astounding: John W. Campbell, Isaac Asimov, Robert A. Heinlein, L. Ron Hubbard, and the Golden Age of Science Fiction, which was named one of the best books of the year by The Economist, and is the author of three novels, including The Icon Thief. His nonfiction has appeared in the New York Times, the Los Angeles Times, Salon, The Daily Beast, Longreads, The Rumpus, Public Books, and the San Francisco Bay Guardian, and his short stories have been published in Analog Science Fiction and Fact, Lightspeed, and The Year’s Best Science Fiction. He lives with his wife and daughter in Oak Park, Illinois.

Other Works by Alec Nevala-Lee