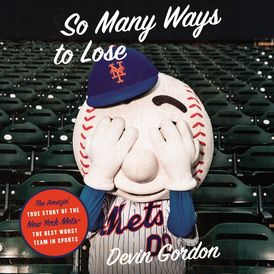 “This is a weird, wonderful, and essential book about both America and its pastime. It’s about a place as vast as New York City and as intimate as the human heart. Fred Exley meets Richard Ben Cramer—a funny, wild, heartfelt, and keenly observed portrait of yearning itself.”—Wright Thompson, New York Times bestselling author of The Cost of These Dreams

In So Many Ways to Lose, author and lifelong Mets fan Devin Gordon sifts through the detritus of Queens for a baseball history like no other. Remember the time the Mets lost an All-Star after he got charged by a wild boar? Or the time they blew a six-run ninth-inning lead at the peak of a pennant race? Or the time they fired their manager before he ever managed a game? Sure you do. It was only two years ago, and it was all in the same season. The Mets have an unrivaled gift for getting it backward, doing the impossible, snatching victory from the jaws of defeat, and then snatching defeat right back again.

And yet, just ask any Mets fan: amazing and/or miraculous postseason runs are as much a part of our team's identity as losing 120 games in 1962. The DNA of seasons like 1969, the original Miracle Mets, and the 1973 “Ya Gotta Believe” Mets, who went from last place to Game 7 of the World Series in two months, and the powerhouse 1986 Mets, has encoded in us this hapless instinct that a reversal of fortune is always possible. It’s happened before. It’s kind of our thing. And now we've got Steve Cohen's hedge-fund billions to play with! What could go wrong?

In this hilarious history of the Mets and love letter to the art of disaster, Devin Gordon presents baseball the way it really is, not in the wistful sepia tones we've come to expect from other sportswriters. Along the way, he explains the difference between being bad and being gifted at losing, and why this distinction holds the key to understanding the true amazin’ magic of the New York Mets. 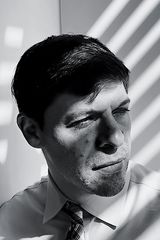 Devin Gordon is a contributing writer for a number of publications, including the The Atlantic, New York Times Magazine, and ESPN the Magazine. He has served as executive editor at GQ Magazine and was a writer and editor at Newsweek. He lives in Brookline, Massachusetts, with his wife, two kids and their dog.

Other Works by Devin Gordon