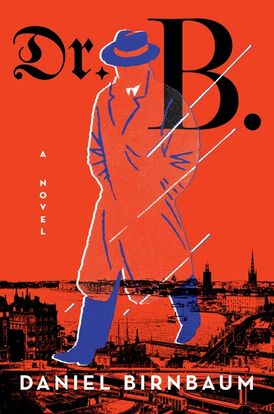 The former director of the Museum of Modern Art in Stockholm makes his literary debut with this dramatic and riveting novel of book publishing, émigrés, spies, and diplomats in World War II Sweden based on his grandfather’s life.

In 1933, after Hitler and the Nazi Party consolidated power in Germany, Immanuel Birnbaum, a German Jewish journalist based in Warsaw, is forbidden from writing for newspapers in his homeland. Six years later, just months before the German invasion of Poland that ignites World War II, Immanuel escapes to Sweden with his wife and two young sons.

Living as a refugee in Stockholm, Immanuel continues to write, contributing articles to a liberal Swiss newspaper in Basel under the name Dr. B. He also begins working as an editor for the legendary German publisher S. Fischer Verlag. Gottfried Bermann Fischer had established an office in Stockholm to evade German censorship, publishing celebrated German writers such as Thomas Mann and Stefan Zweig.

Immanuel also becomes entangled with British intelligence agents who produce and distribute anti-Nazi propaganda in Stockholm. On orders from Winston Churchill, the Allied spies plan several acts of sabotage. But when the Swedish postal service picks up a letter written in invisible ink, the plotters are exposed. The letter, long a mystery in military history accounts, was in fact written by Dr. B. But why would a Jew living in exile and targeted for death by the Nazis have wanted to tip them off?

Daniel Birnbaum’s novel will intrigue readers with its fascinating portrayal of the astonishing connections and often mysterious players illuminated by his grandfather’s remarkable wartime life.

“Illuminating. . . . Birnbaum skillfully delineates the social and political tensions shaping a culture caught between the national interests of Germany and Russia, and he poignantly conveys the plight of individuals for whom each day is a potential tragedy waiting to happen. This auspicious debut makes for an appealing drama.” — Publishers Weekly

“The author is a descendant of the historical Dr. B., and the novel follows the facts of his life and incorporates historical characters into a very accomplished and appealing portrait of Stockholm. . . . A moving evocation of a life beset by conflicts in a troubled time.” — Kirkus Reviews

“[Birnbaum’s] atmospheric novel mixes fact and fiction to tell a tense tale of spies and refugees. . . . This vivid portrait of wartime in neutral Stockholm, known as the Nordic Casablanca, depicts a lively city filled with spies, intellectuals and refugees. Its glamour is tarnished, however, by the growing anti-Semitism that thrived in what was called a ‘neutral’ country.”   — Washington Post 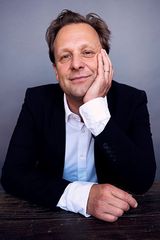 Philosopher and art critic Daniel Birnbaum is one of the world’s most prominent art curators. He is the former director of the Moderna Museet (Museum of Modern Art) in Stockholm and has managed museums and art schools in Germany and Italy, and curated the Venice Biennale. He is currently the artistic director of Acute Art, an avant-garde studio based in London, and a contributing editor at Artforum. Dr. B. is his first novel. He lives in London.

Other Works by Daniel Birnbaum